Standard Disclaimer: This page is a listing and links to news items regarding transgender persons from 1978. It is ordered by date of appearance in the news, not the date of the event. Note that the text summaries are not transcripts.

A question and answer column tells the story of Marie Sode, an Army Specialist, who was a transsexual discharged from the military for “homosexual tendencies.” 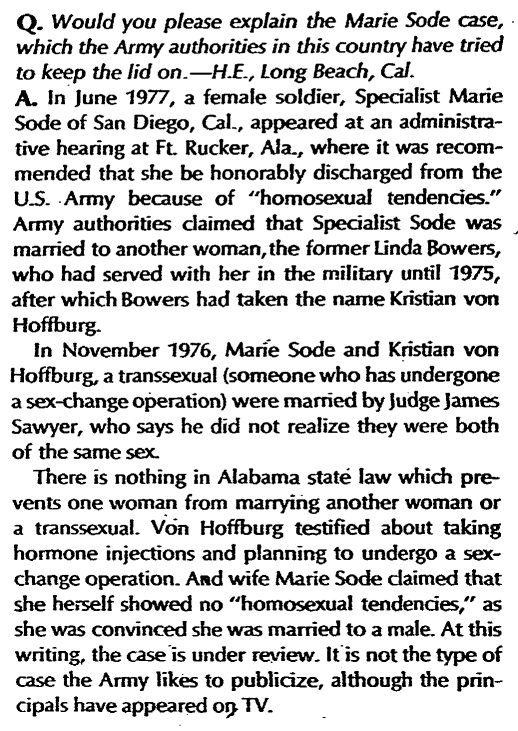 The New Jersey Appeals Court has ruled that a transsexual teacher fired for her transition should receive her pension.

The television page for the newspaper shows that Canary Conn will be appearing on the Tom Snyder show. The blurb says in whole: “Canary Conn, a transsexual Los Angeles radio talk show hostess, discussing her recent high school reunion in Texas.”

Steve Dain, a transsexual man who was fired from his job for his transition, and then re-hired under court order, has given up his job after 2 additional years.

The television page for the newspaper shows that Canary Conn will be appearing on Imus Plus. She is listed simply as “Canary Conn, a transsexual.”