Standard Disclaimer: This page is a listing and links to news items regarding transgender persons from 1975. It is ordered by date of appearance in the news, not the date of the event. Note that the text summaries are not transcripts.

A short article article tells that the New York Appellate Supreme Court ruled that the city and state social services divisions must pay for “a man’s sex change operation.”

Elizabeth Carmichael, a transsexual woman, was arrested and jailed in Miami on a 14-year charge that they forged money at a printers’ office. She appeared in court wearing “a pink pant-suit and blonde hair in braids.”

Carol Lynn Voyles, for some reason, shows off her legs at a photo shoot after appearing in Federal court after suing her former employer for sex discrimination. 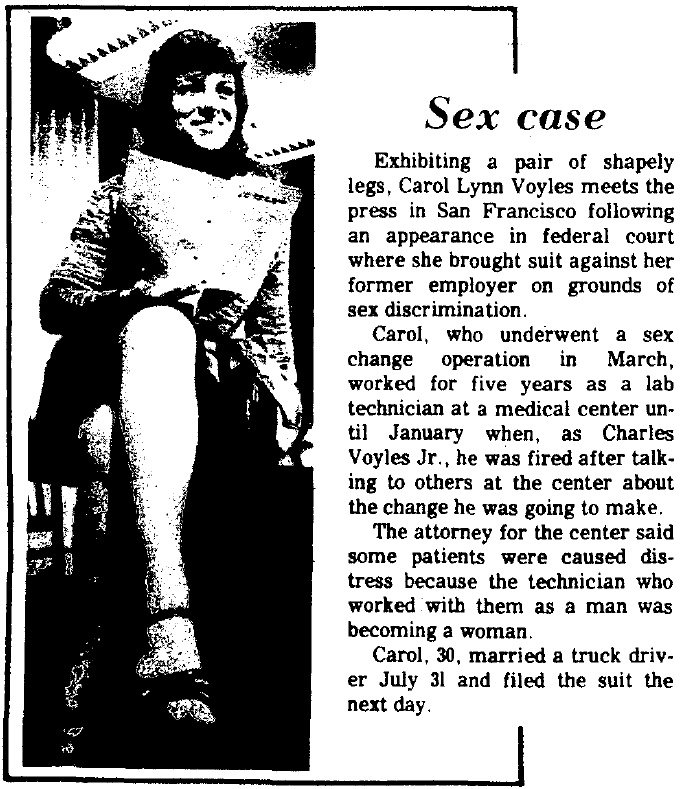