Standard Disclaimer: This page is a listing and links to news items regarding transgender persons from 1957. It is ordered by date of appearance in the news, not the date of the event. Note that the text summaries are not transcripts.

A highly intriguing and small article claims that sex change surgery is in the works for a 20-year-old named Ronald George Diaz. I have not been able to find anything more on Diaz.

For some reason which is not elaborated upon, two Italian sisters are becoming transgender men. The article notes that a cousin of theirs has already done this. The names are Italo Merone and Consiglia. Their cousin’s name is Violante. 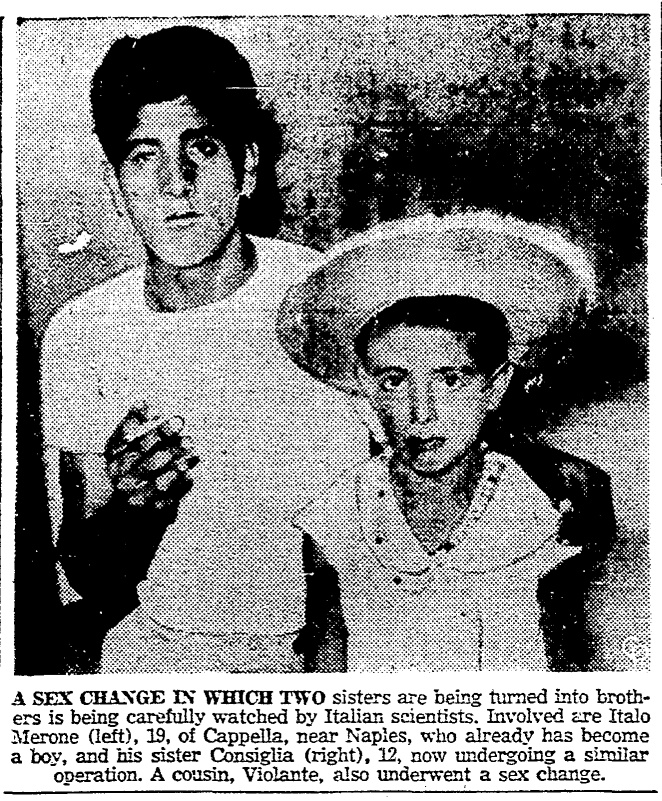 Very brief mention of Charlotte McLeod is made in a summary of New York City club news: “…That attractive re-haired hatchick[sic] at the Left Bank is, hold your breath: Charlotte McLeod!…She’s the former G.I. Charlie McLeod who made like Christine Jorgensen.”

A 21-year-old Polish woman is reported to have become a transgender man.

Several articles tell the story of Frank Little of Rosythe, Scotland, who has chosen to live as a woman full-time, but has not started medical transition. Instead, Little claims that they are “naturally” changing as a result of living as a woman. Little’s wife says that the two will live together as sisters to raise their children. There are three similar articles collected here. First, a two-part article from the Boston Daily Record, and then one from the Trenton Evening Times. The Boston American one, which contains the best photographs, is shown below. 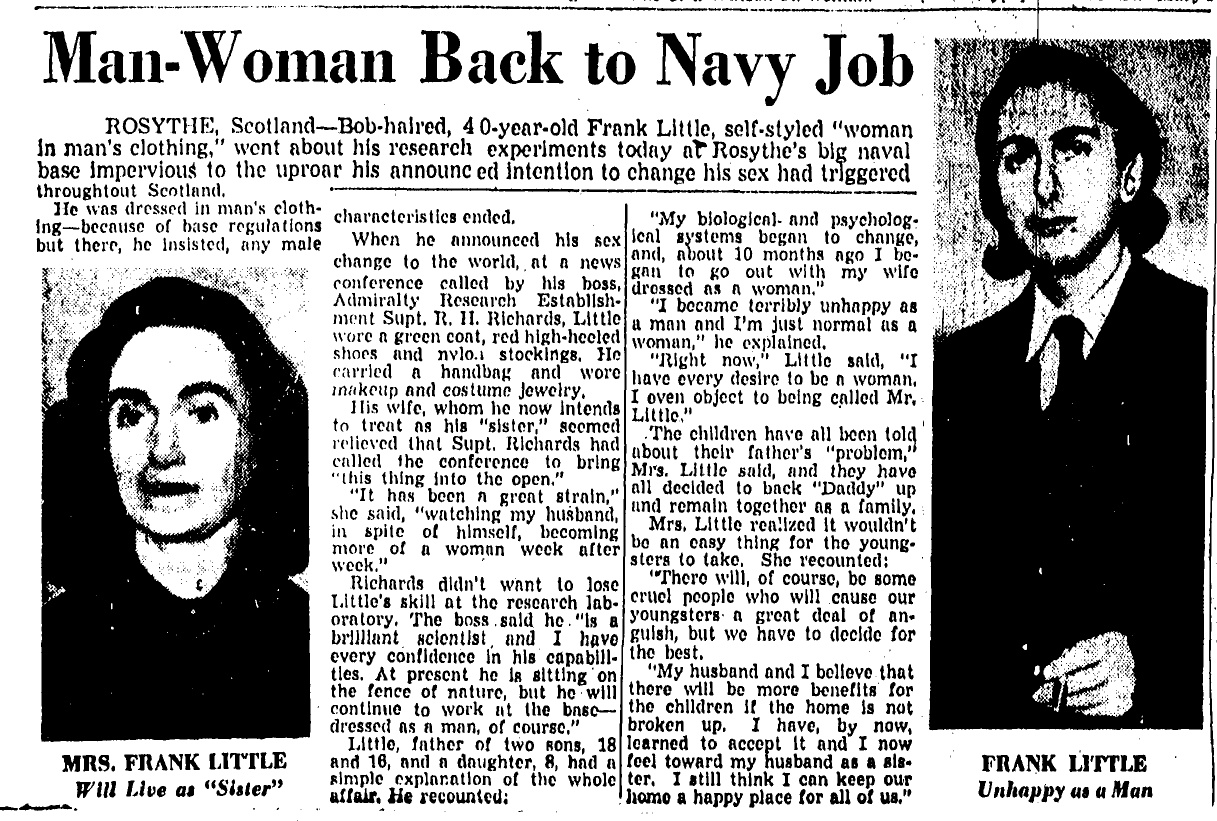