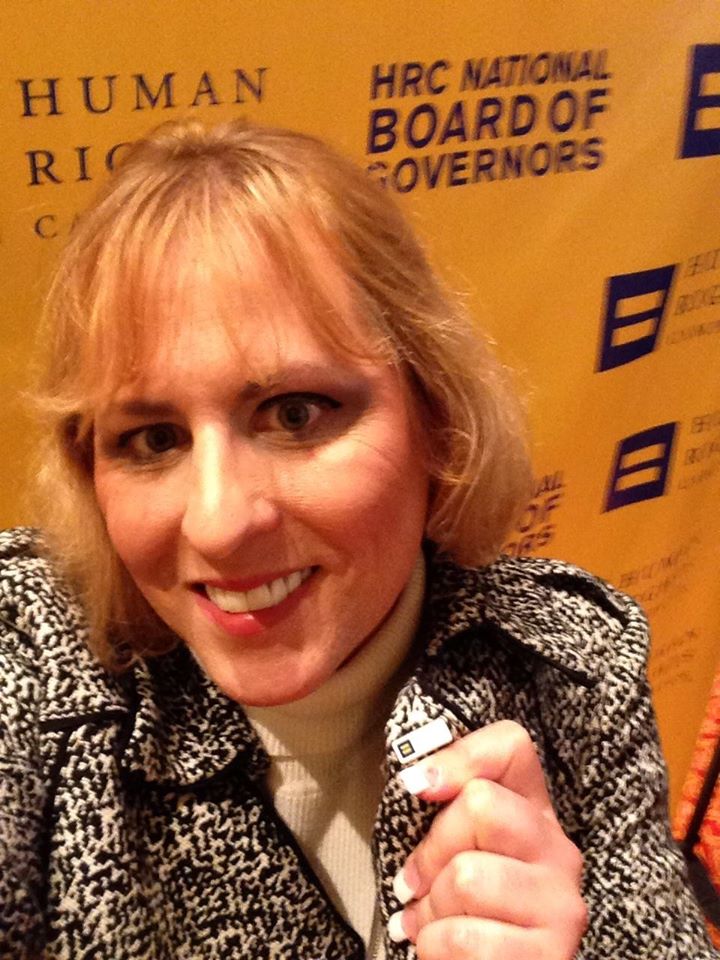 The Human Rights Campaign (HRC) is an organization which some transgender people love to hate. The story is long and somewhat sordid, and involved an attempt by the HRC to support Barney Frank’s Employee Non-Discrimination Act (ENDA) in 2007, which excluded transgender protections when the more inclusive version of the bill could not make it out of Committee. The thought was that by being able to pass something, anything to get the ball rolling by protecting gay and lesbian workers, the metaphorical camel’s nose would be under the tent. The strategy failed, and the HRC has become somewhat more reviled than FOX News among transgender persons.

Others say that the HRC can never, ever change. That it is damned forever and irreparably over its past exclusionary policies. That we, who should be no strangers to change, should deny that others can?

I know the HRC let us down in the past. But it’s true that passing a gay and lesbian ENDA might have been a winning gambit which would have allowed for a much less controversial addition of transgender protections within a few years. It’s foolish to think that Washington politics operates on a “my way, or highway” mode in passing legislation. Every single piece of legislation goes through innumerable changes and churning to gain enough support to pass a vote. The HRC and Barney Frank DID throw transgender persons under the bus in 2007. BUT, I repeat BUT, it also could have been a winning strategy which COULD have achieved transgender protections years earlier than now – now, when we still have no ENDA whatsoever.

And let’s not forget – when Frank introduced ENDA in the 111th and 112th Congresses, he specifically included gender identity and gender presentation. There was no further attempt to seriously remove protections for transgender workers again, not by Frank nor the HRC. The most recent ENDA bill introduced into the 113th Congress also included transgender protections. ALL of these aforementioned ENDA versions were backed by the HRC in their form of protecting transgender workers.

So they gambled, using transgender persons as a chip in 2007, and lost. Hindsight being 20/20, we can say as transgender persons that not only was it insulting and denigrating, but it was foolish. It COULD have worked, true, but no one enjoys being a poker chip. Especially a people such as ours, arguably the most discriminated against minority in Western civilization. And we must also recognize, the mistake was not made again.

Is there no room for forgiveness? Never? The HRC for all intents and purposes appears to be making an honest and concerted effort to not even include, but to highlight transgender protections. In their annual Corporate Equality Index (CEI), which I’ve had occasion to perform an in-depth review on behalf of my company, it appears that a company which discriminates against transgender workers cannot even earn an “80” rating, depending upon how much partial credit is given. And the HRC, regardless of what you may think about it, DOES manage to get in front of corporate Human Resources folks. It does get attention, and it does get press.

As evidence of what I feel is a new, trans-positive HRC, I present to you my very good friend Devin, a transgender woman, serves on the Board of Governors for the HRC. She was recently at the HRC’s National Meeting, where she posed a question directly to Chad Griffin, the President of the HRC. Chad’s reply has helped give Devin confidence that the HRC has turned over a new leaf, and that they are on the right track. You can read more at Devin’s blog below, and I would recommend that you contact Devin directly to ask her about the HRC, challenge her, and listen to what she has to say. She has my trust.

P.S.: Devin: Sorry seems to be the hardest word – HRC and the Transgender Community.