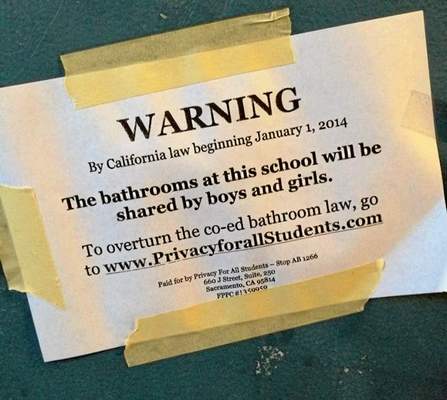 This news is a little late, but I wanted to verify some things, as I’d seen a few different versions of the story in the press. In short, the religious conservative-based effort to overturn California Assembly Bill 1266, which would legalize at a state level the right of students to use bathroom and locker facilities concordant with their gender, has passed a milestone. It did not have enough signatures to pass, but it did come within 5%, which means there is now a mandatory recount of every signature, and there will be court battles in many critical counties as a result.

This fight is important, and the outcome by no means certain either way.