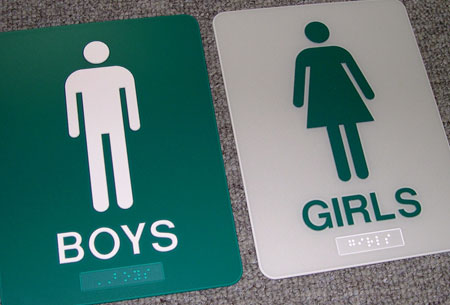 Utah, a state which is not really known for its LGBT acceptance, has numerous schemes to attempt to “double down” on its intolerance. An intolerance which is quite hypocritical, given that a large segment of the population of the other 49 states views Utah as being subjected to a mysterious state cult, featuring a Native American Jesus and magic underwear.

In this case Republican State Representative Mike Kennedy has introduced a bill to force students to only participate in sports and use toilets congruent with the gender marker on their birth certificates. The bill even includes provisions for forcing a child who wishes to participate in sports or use the proper toilet, and who does not have a gender marker on their birth certificate, to endure a physical examination of their genitals.

Thankfully, it’s possible that the bill will be paused, pending the decision on the invalidation of the state’s anti-SSM amendment.