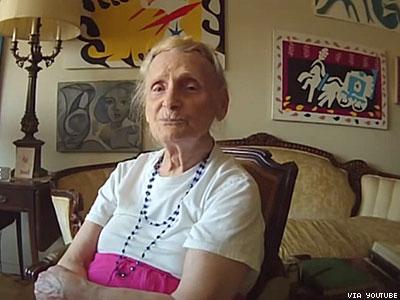 I originally reported on January 31 of the case of Robina Asti, who was fighting to receive benefits from her deceased husband’s Social Security, but was denied because Social Security didn’t recognize her marriage. I also posted an update on February 25 where she had received her first benefits payment, although no official announcement had been made by the Social Security Administration.

Well it’s official now, and the Social Security Administration has issued updated guidelines regarding the eligibility of transgender individuals for survivor’s benefits. HOWEVER, residents of Kansas should take note of the following:

There are still seven states where the SSA will conduct additional legal review: Florida, Idaho, Kansas, Ohio, Oklahoma, Tennessee, and Texas. This is due to a belief by the SSA that state marriage laws regarding transgender individuals are unclear, making the existing case-by-case review process necessary.

I assume that this is due to the confusion over the Kansas Supreme Court decision In re Estate of Gardiner, 42 P.3d 120 (Kan. 2002), which can best be summarized as “transsexuals can NEVER change their gender with respect to marriage. Original equipment is all that matters.”

As promised before (and I kept my promise), I’ll keep on this to see if there are new developments regarding Kansas and the other states listed above.