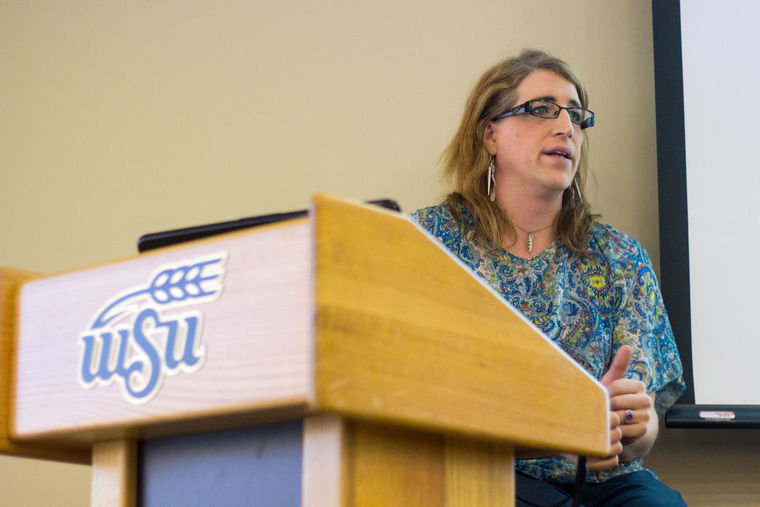 As part of the Transgender Day of Remembrance (TDOR) ceremonies this week, Elle Boatman, who started the wonderful Face of Trans* project, was asked to speak at Wichita State University (WSU) on stereotypes, focusing on the transgender experience. Her talk was attended by between 40-50 members of the student and faculty community at WSU, as well as members of the local transgender community and allies. Titled “Beyond the Binary,” Ms. Boatman explained the role of stereotyping in human psychology, and then used that to lead into an education on the plight of transgender persons worldwide.

I had a chance to ask Ms. Boatman some additional questions about her speech, and I’ll post them as well as her answers below.

Thank you for taking time to talk with me, Ms. Boatman. I had a couple of questions after reading of your speech at WSU. A complete transcript was not available, so I wondered if there were there any key points of your speech which you would like to emphasize here?

Active ally support is critical to obtaining equal rights for trans individuals but the trans community also has a responsibility to stand up for ourselves and be counted as valuable members of society.

What does Transgender Day of Remembrance mean to you, personally?

For me, Transgender Day of Remembrance is a time of reflection and mourning for those lives tragically ended by hate and ignorance. Each year the list grows longer – although the “official” list shrank this year, there is evidence that as more transgender persons feel they can live public, authentic lives, they expose themselves to more violence. We know that transgender deaths outside of the United States and Europe are still vastly under-reported.

I feel the list of names is not only a testament to the rampant violence and intolerance that are so prevalent in many societies around the globe but also as a sign that education and advocacy are beginning to take root. The growing list is not due to increased violence, it’s due to increased recognition of our community and the struggles we face.

What do you think about as you hear the list of the names of the fallen being read?

As I hear the names being read I think how sad it is that these lives have been snuffed out. Many hit home especially hard as they come from cities and towns I’ve lived in or visited. But each name read, regardless of where they are from, is like hearing the tragic news that a family member has died. Also, part of me wonders, as an outspoken trans woman and activist, if I’ll be on that list next year or the year after or the year after that someday. 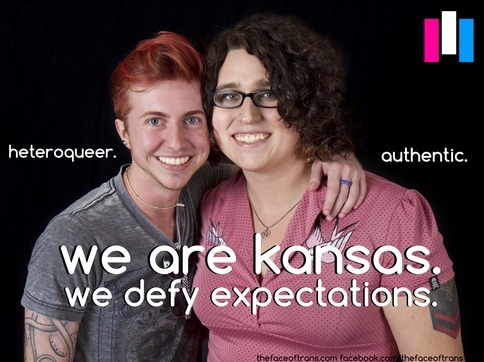 Did you take advantage of your speech to bring more people into your Face of Trans* project?

Yes! Thirteen people showed up to have their photographs taken, including several WSU faculty.

What are your plans for the future of TFOT*?

Since the inception of TFOT*, I’ve always had the desire to do a film, a documentary about the trans experience but with that TFOT* spin. So I’m hoping to make some more inroads toward that goal. Also, we’re in the beginning stages of a blog site aimed at giving the trans community and our allies a voice, regardless of background or viewpoint (but we will never advocate for violence). The aim is to foster an actual sense of community within the trans community while bringing trans issues to society-at-large.

Thank you very much Ms. Boatman, and good fortune for your efforts helping bring our community out into the light and into authentic lives!

via Leader of social movement speaks to WSU community on acceptance – The Sunflower: News.