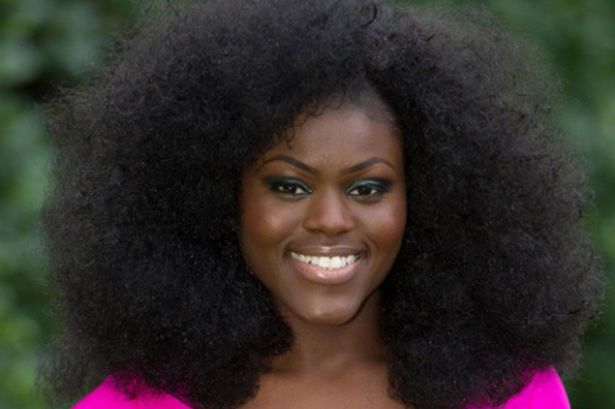 Today I have two very recent positive portrayals of transgender persons in the media to share with you. The first one is unfortunately portrayed by a cisgender woman, Modupe Adeyeye, who will be playing the character of Blessing Chamber in the UK Soap Opera “Hollyoaks.”. I quote the actress:

She said: “I’m not transgender so I’ve had to do a lot of research into it. I wasn’t nervous, I was more excited. It’s a big responsibility, but I always think that you should challenge yourself and not run away from things that are hard. When things are easy, that’s when I get scared, because as an actor you need challenges, that’s what makes you stronger and better in your craft.”

The next portrayal does include an actual transgender person, in this case Amy Brosnahan of New Zealand, who is participating in a “Battle of the Babes” contest. Now there are many pretty transwomen, but What makes her case special is that she was originally banned from the contest, but was allowed in after the Human Rights Commission stepped in.
Her fellow contestants seem pleased with her presence:

At the Juice Bar in Parnell yesterday, the venue for tonight’s New Zealand’s final, Ms Brosnahan’s fellow competitors said they were looking forward to competing against her.

“She was really nervous, she was just getting ready … she has full potential to actually win this.”