I’ve added many old photographs of transgender and crossdressing women to the Transas City archive lately, and continue to add them. I thought as a random update I’d show you these two photographs, and give a little history of them.

The main photograph above is a mug shot of Neville McQuade (age 18) and Lewis Stanley Keith (age 19), at the North Sydney Australia Police Station, early June 1942. Arrested for “being idle and disorderly persons, having insufficient means of support, and with having goods in their possession believed to be stolen,” they were almost certainly transgender prostitutes. They served one week in jail, a surprisingly lenient sentence. 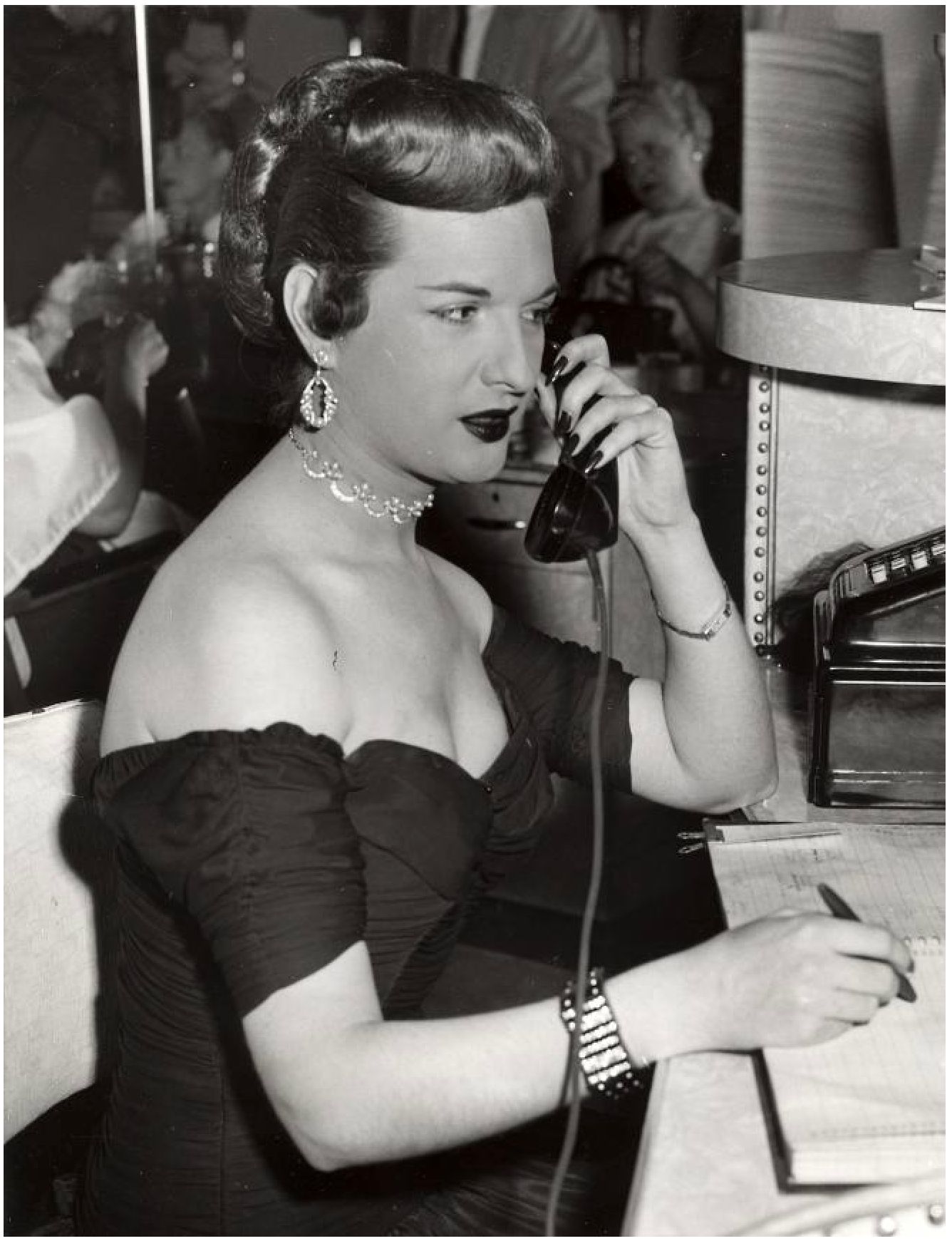 This second photograph is a very rare one showing the second Atomic Age transsexual woman, Charlotte McLeod, at work as the receptionist at an all-night beauty counter, circa late 1954/early 1955. Unlike Christine Jorgensen, Charlotte McLeod did not receive the fame and attention which she desired, and after a short attempt at a show business career, disappeared into relative obscurity.