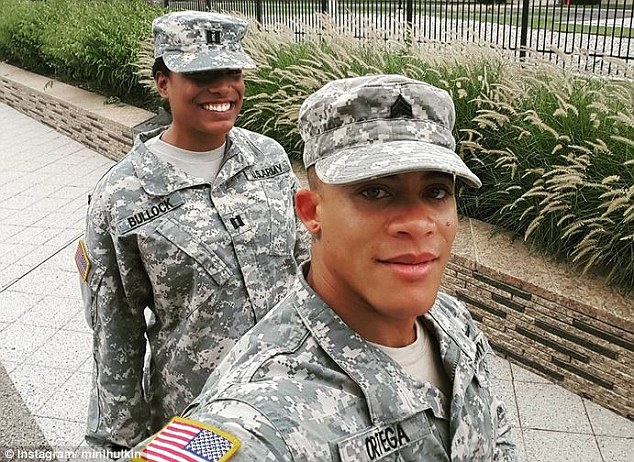 Sergeant Shane Ortega, who serves at Wheeler Airfield in Hawaii, has lived openly as a transgendered man for five years but under current rules, must wear a female military uniform. A bodybuilder who is massively ripped, to use the scientific term, Ortega must wear the largest-sized women’s uniform available. Ortega is very fortunate, however, in that he has been able to keep his career, unlike the careers of thousands of transgender veterans which were prematurely ended by their need to live an authentic and fulfilling life as the gender they were meant to be.

Ortega may have some hope, however, as just this Monday U.S. Secretary of Defense Ash Carter announced that Pentagon leaders are finalizing plans aimed at lifting the ban on transgender individuals in the U.S. military. Ash gave transgender military personnel hope when he stated, in part:

Today, I am issuing two directives to deal with this matter. First, DoD will create a working group to study over the next six months the policy and readiness implications of welcoming transgender persons to serve openly. Led by (Acting) Under Secretary of Defense for Personnel and Readiness Brad Carson, and composed of military and civilian personnel representing all the military services and the Joint Staff, this working group will report to Deputy Secretary of Defense Bob Work. At my direction, the working group will start with the presumption that transgender persons can serve openly without adverse impact on military effectiveness and readiness, unless and except where objective, practical impediments are identified. Second, I am directing that decision authority in all administrative discharges for those diagnosed with gender dysphoria or who identify themselves as transgender be elevated to Under Secretary Carson, who will make determinations on all potential separations.
(You can read the official Department of Defense Statement at this link.)

Ortega, commenting upon Secretary Carter’s announcement, stated that he is “…pumped up. At the same time I know this is a small step forward and there’s much more to do.”