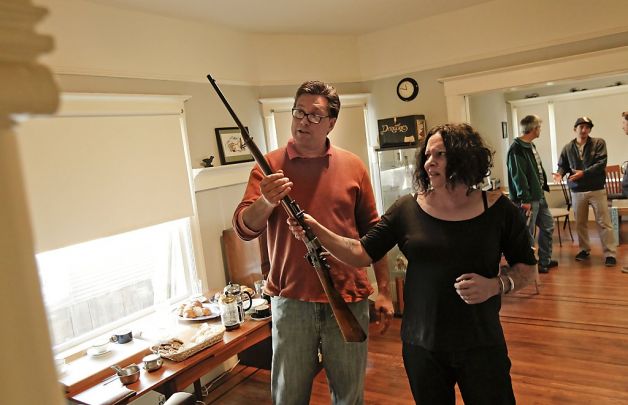 They call themselves “the NPR of gun clubs,” and their founder, Marlene Hoeber, says one advantage of their own club is that “We make ourselves a special place where we don’t have to hear about the ‘Kenyan Muslim socialist’ in the White House.” Described as a “feisty, tattooed, transgender, a self-described feminist, a queer activist,” I’m not exactly certain whether the article is admiring her, being neutral, or holding her up for a little bit of ridicule. When the reporter chose quotes like the following:

“I grow my own vegetables; I bake my own bread,” Hoeber said. She makes her own ammunition “for the same reason … cost savings, more control and higher quality.”

There’s a bit of nagging suspicion.