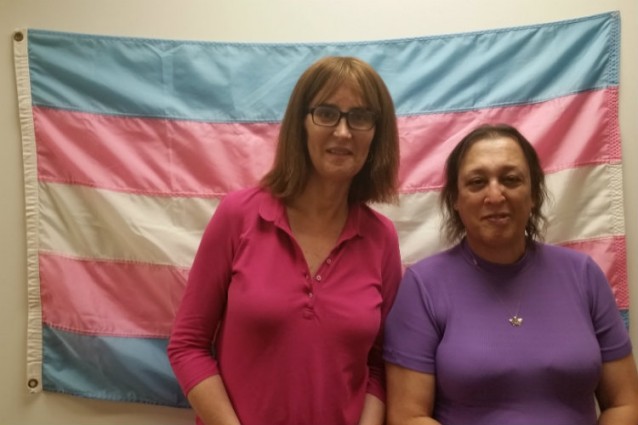 I’m glad that the Smithsonian is taking stewardship of some important artifacts from LGBT history. I’ve seen many small efforts, run by individuals or small groups, gather a bunch of resources and then vanish. Or university collections which basically went into permanent cold storage once funding and interest waned.

An important icon of the collection is the original transgender flag, designed by Monica Helms.

Helms devised the transgender flag in 1999, 20 years after the introduction of the rainbow flag for the LGBT community. Just like the American flag represents the whole country but each state has its own flag as well, Helms feels like “the rainbow flag is the LGBTQ flag for everybody, and each individual group can have their own flag for their own individuality.”

In fact, she was inspired to create a flag for the trans community by Michael Page, who had designed a flag for the bisexual community the year before. Following his example, Helms says that “it was almost like waking up from a dream and seeing it.” She drew it out, contacted the same company who had created Page’s bi pride flag, picked out some swatches, and about a week later she had the first flag. It was that very first flag that she donated this month.

There is more information at the source on the symbolism of the flag and the rest of the Smithsonian’s collection. Perhaps some day they’ll display my, um, laptop…sure.
Transgender Pride Flag Designer Applauds Smithsonian LGBT Artifacts Collection | ThinkProgress.