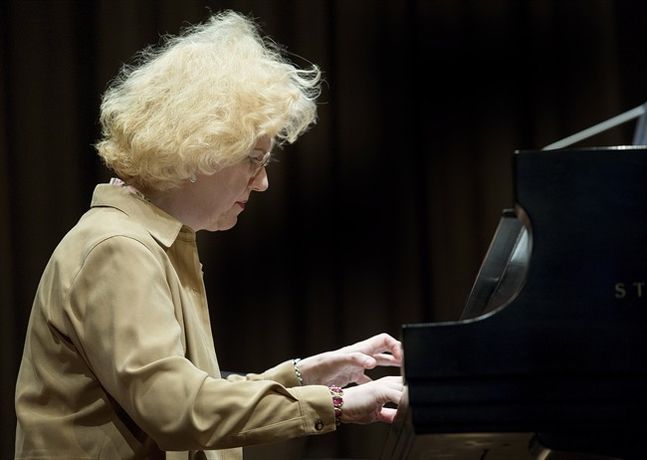 An important note to this article is that Sara Buechner, the pianist in question, came out in 1998. Our people have advanced so far since then that it’s almost like a different world.

This part of her story is unfortunately still common.

But it wasn’t enough. One day, while resting on a rock in Central Park, Buechner made up her mind to start living as a woman.

She had been warned that ditching a tux for a gown on stage might end her career, so she wasn’t surprised when some concert presenters and orchestras wouldn’t return phone calls.

“I was a little more stunned that people who had been longtime friends deserted me, particularly conductors.”

She was also “harassed out” of a teaching job at an elite music conservatory; dozens of other schools refused to hire her.

Over the next few years, Buechner said, she struggled. A man tried to rape her, assuming she was a “trannie sex worker.” She travelled to Thailand for sex-reassignment surgery, but the doctor turned out to be a “butcher” and she later needed corrective surgery.

There were bouts of drinking and “half-hearted” suicide attempts.

Sara’s life turned around after traveling to Canada, which is surprising because Canada isn’t really known for being that much more trans-friendly than the US, just friendlier overall.

And maybe that’s all it takes.
Transgender pianist shunned in U.S., gets career encore in Canada – Brandon Sun.