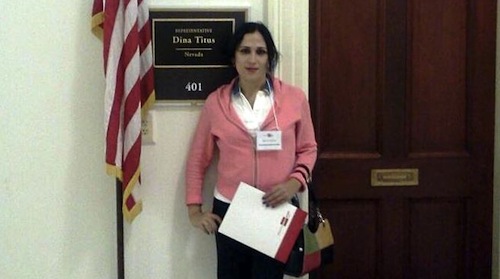 This article contains the sad story of Viviana, a transgender woman who fled her native Honduras after being raped and beaten at a nightclub. After reporting the crime to the police, who laughed in her face, she was beaten again by the men who raped her in revenge for reporting the crime.

Since that time she has been trying to flee to the United States (since Mexico and most Central American countries aren’t very trans-friendly) and then entered a decade of living on the fringe as an illegal alien, then in custody as a detainee. Eventually, in the end, a judge told her to go home, because the Honduran government was trying really hard – honest, they pinkie-swear! – to fight LGBT violence. After all, only recently a gay asylum seeker was deported from the US back to Honduras, where he was tortured in prison and then burned to death in a prison fire…but that was an exception, yeah.