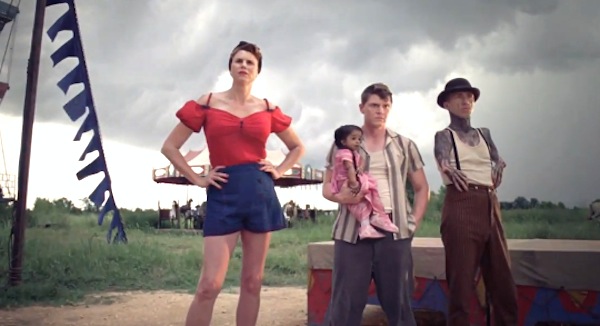 And now, dear readers, in our third article focusing on popular entertainment, I would like you to meet transgender actress Erika Ervin, who plays the character of Amazon Eve on American Horror Story. There is a nice little video interview of here at the link below, where we learn a bit of her early life, transition, and her interview for the part of Amazon Eve – amazingly, where she speaks of how she had to audition in “boy mode” for the part, as the casting director was not looking for a transgender actress! So she’s actually playing a cisgender role, which is a unique breakthrough for publicity for our people.