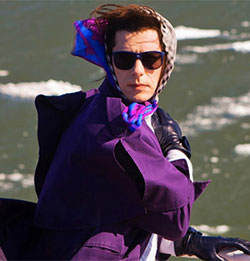 Melvil Poupaud stars as the titular character; a transsexual man entering both his 30s and the 1990s (Dolan’s long-form scrawl – the film, running over 160 minutes, was the longest to play at Cannes last year – stretches from the last gasps of the 1980s towards the glimmer of a new millennium.) An early-in-the-film announcement to his girlfriend that he’s a “woman trapped in a man’s body” – and that he wants to begin dressing and externally behaving as this woman – goes over about as well as you’d expect.