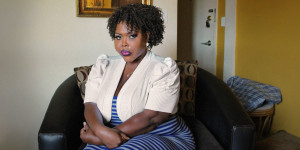 This applies in D.C. and Maryland, but is most definitely a start – Patti Hammond Shaw was arrested for defending herself from an assault, and put in with male prisoners and abused by both police and prisoners.

She was re-arrested and had the same treatment each time – and sued.  Her first attempt was dismissed by a judge, but a second lawsuit was not dismissed and both the MPD and US Marshals settled out of court after that.  The settlement includes changing how gender is reported in the Police Department Identification (PDID) system – so when you change your gender marker, it can be changed in the police system too.

In KC, The Justice Project has worked successfully with the local police to ensure equitable treatment for transwomen arrested.