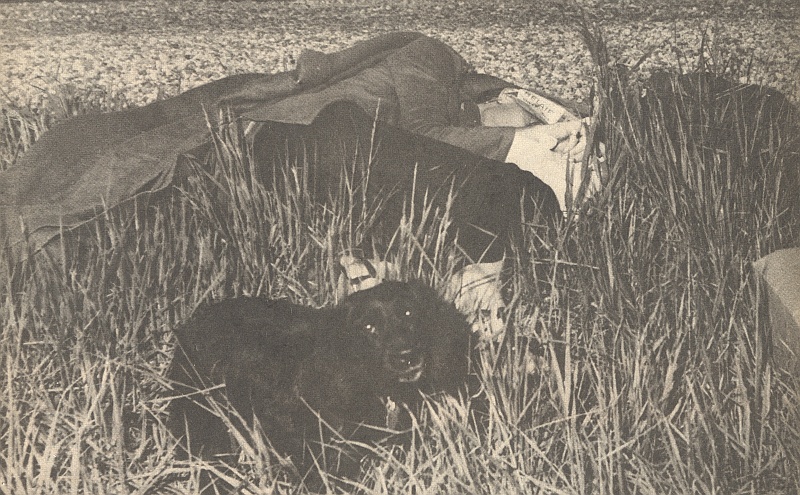 Just after dawn along Interstate 80, a passing motorist spotted something which made him pull over – the figure of a person, laying on the shoulder just a couple of feet from the pavement. He got out of his car for a closer look, and saw a still form, covered by a blue blanket and pillow. A small shaggy black dog stood watch silently by the figure. When the motorist saw red spots of blood on the blanket, he knew it was time to call the police.

The Jasper County Sheriff, along with agents from the Iowa Bureau of Criminal Investigation and the county medical examiner, converged on the scene. Removing the blanket they found the body of a young woman. Dressed in a flowered blouse and dark slacks, her attractive blonde hair was coated with blood from two bullet wounds, one in her head and the other in her neck. She had been dead perhaps only an hour when she was discovered.

The police noticed she was heavily made up, had some facial hair showing, and seemed largely proportioned for her 5-foot 7-inch frame. Thinking she was a female impersonator, they were confused by the presence of female ID and a marriage license dated just 6 days prior in Denver, Colorado. The dog had a rabies inoculation tag from Denver, and further searching found the body of another dog, also with a Denver tag.

The victim’s identification stated that she was Terri A. Williams, 34, female, from Denver, Colorado. She had married Richard Moore on May 14, 1976. Nonetheless, officers were still confused by what they considered to be masculine features, and they contacted Denver authorities, who confirmed that Terri Williams was a transsexual woman. It also became apparent to the medical examiner that she had undergone sexual reassignment surgery, and further checking on her record revealed that she had undergone a series of surgeries in 1974 and 1975 in Lansing, Michigan. She tried to stay out of publicity and just transition to an authentic life, but a reporter in Michigan outed her against her will. The purpose? Terri had gone to a county hospital, and a transphobic Michigan legislator decided to publicize her SRS to try to ban the use of public funds for such procedures.

The same reporter followed up with her later and found her engaged to be married in Lansing, and feeling very positive and happy about herself. Friends reported that Terri had a new life as a woman now, and was full of hope for the future. Unfortunately, she broke up with her fiancée for reasons unknown, and in the winter of 1975 she abruptly left Michigan and moved to Denver, possibly to try to go “deep stealth” and escape her past. In a new town with few job prospects, she became a topless dancer. While working at the job, she met a man who would change her life – and end it : Richard Moore.

Immediately and obviously the prime suspect, a manhunt began for Richard Moore and the red Mercury he was last seen driving – and conveniently, Terri had recorded the make, model, and license number of the car in her pocketbook. Is it possible she suspected Moore might try to leave her behind – or worse? Within just a few days Moore was picked up in Denver, claiming he dropped his wife off in Chicago and had no idea where she was. As would be expected that didn’t pass muster with the police, and he was extradited to Iowa on a murder charge. 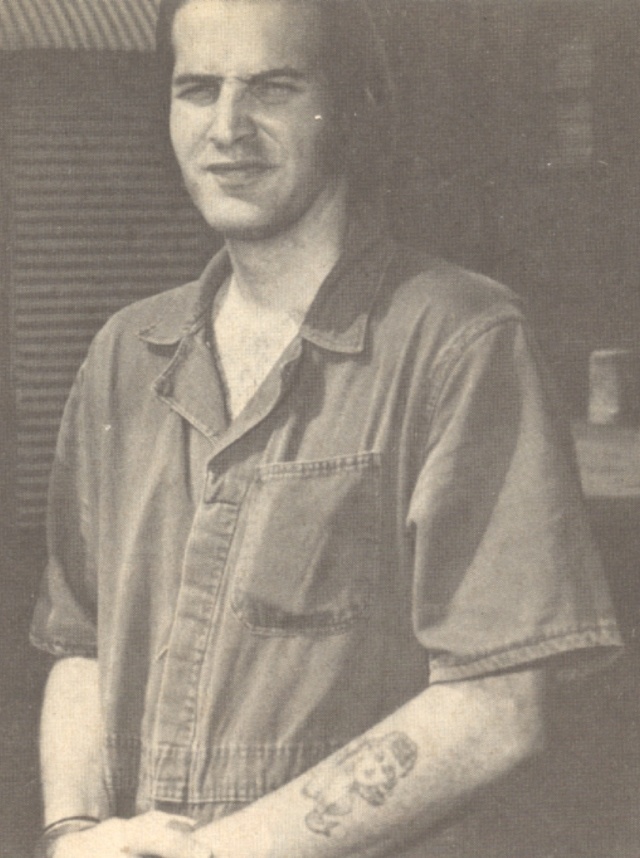 Details from the trial are sketchy, but the course of events which was laid out which appears to point to an all-too common situation. By the accounts I’ve read and been able to find, Terri was in fact in deep stealth, or may have only peripherally referred to her past gender status to Richard Moore. Immediately after their marriage the couple returned to Terri’s home town of Lansing, Michigan, where they spent time with Terri’s friends. Although the couple seemed happy at first, Richard Moore’s mood changed very rapidly after arriving, and one witness testified at Moore’s trial that Moore had admitted to the witness that he was going to kill his wife. The conclusion one can only make is that Terri was outed, either on accident or on purpose, by her friends in Lansing.

That being said, at the trial Moore denied that Terri was a transsexual woman, claiming she was a cisgender woman who had had her “tubes tied.” However, it seems clear as well that Richard Moore was a mentally ill individual. He claimed to be country singer Johnny Cash, that the police had planted bugs in his car, that a jailer tried to rape him, and that key law enforcement personnel were really imposters. The trial transcript shows him making bizarre and nonsensical statements, claiming at times that he wasn’t in a courtroom at all. His father testified that his son had become mentally ill early in life, and had spent two months in the mental hospital in Pueblo, Colorado.

Whether Moore was attempting to be found insane, or was actually insane, turned out to be moot. After a relatively short trial, Richard Moore was found guilty of first degree murder, and sentenced to life in prison.

Iowa proved itself to be a surprisingly progressive state in the way in which it covered Terri’s murder in the press, and in the way the court treated Terri. From Rose:

The court’s opinion contains only minimal, non-disrespectful mention of the[sic] her gender transition, despite several references to it in the trial transcript and her killer’s appellate brief. The local media coverage of the murder was even more progressive than one might expect now, with matter-of-fact acceptance of her being a woman and with no sensationalism. The Des Moines Register quoted the assistant director of the Iowa Bureau of Criminal Investigation as acknowledging that she had undergone SRS but that she was “legally and medically, a woman.” Coverage of the murder and trial by the Newton Daily News in 1976-77 was equally respectful. Yet, ironically, Newton was one of the Iowa cities that then still had an anti-crossdressing ordinance.

And now for the saddest part. Despite contacting numerous friends and relatives in Denver and Lansing, no one came to claim Terri’s body from the morgue. No one attended her funeral, a memorial for a transgender woman who wanted so much to do nothing more than live an authentic life. To be at peace with herself, have some friends, find love, and live.

Terri’s murder and the events leading to the extradition of Richard Moore were documented in the September 1976 edition of Inside Detective magazine. I have scanned the entire article from Inside Detective and linked it here. I must warn you that the article is a product of its time. There is some misgendering within it, and references to “her/him”, along with a focus on Terri’s physical characteristics (remnants of facial hair, large feet, etc.)

1 thought on “The Unwanted Bride: The Murder of Terri Williams”