When I saw the news that doctors had been able to grow new vaginas for women in a laboratory environment, and have them fully function after implantation, I was really quite interested and enthused. But not for the reasons you would think – I knew right away that this didn’t mean very much in the near-term for transgender women, but let that not diminish at all the enormous quality of life improvement which could mean for cisgender women suffering from birth defects, disease, or accidents.

However, I also expected, and saw it was true, that many sites and blogs on the net which feature “transgender news,” many of them run by transgender persons, made the natural jump to “OMG they can give us real vaginas!!!!” Unfortunately, this is not the case, as one can see when they do the legwork to read the actual findings from The Lancet.

The title of the study gives a hint as to where the problems may lie: Tissue-engineered autologous vaginal organs in patients: a pilot cohort study. It’s that word autologous, which means that they started the process using tissues from the patients themselves. To build the vagina they took tissue samples which were 1 square centimeter from the vulva, then these were “seeded” upon a scaffold. There was no use of stem cells or anything else which turned cells which were very different into a vagina. Furthermore, many of these patients already had a partial vaginal cavity, so their surgeries were in some ways less involved than SRS. 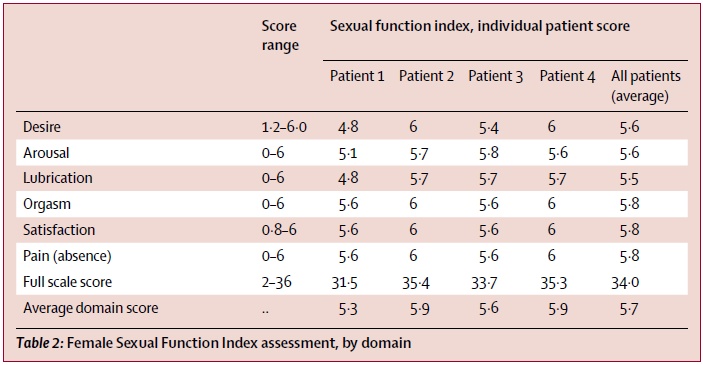 However, there is a lot of good news here, in that if it were possible to engineer a transwoman’s own stem cells into making vulvar cells, then this same technique might be usable in order to make a vagina. Or skipping the middle-man entirely to make vaginal cells (I am not a physician, so I don’t want to make assumptions). It doesn’t even matter if you have a “normal” XY karyotype, as CAIS women have an XY chromosome, and yet can form a vagina. Moreover, this isn’t a brand-new study – the women in this study were followed for 8 years post-surgery, and even after that length of time had very high scores in terms of their vaginal response to desire and arousal, vaginal lubrication, orgasm, absence of pain, and overall satisfaction.

1 thought on “The Truth About the Lab-grown Vaginas”