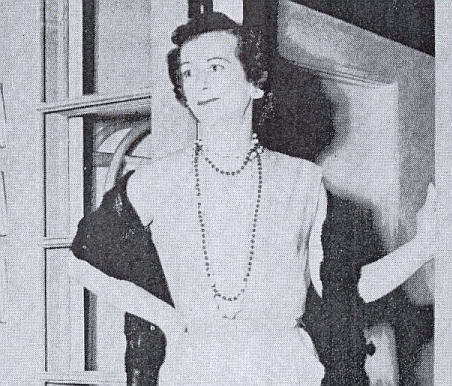 Exclusive to Transas City, I have acquired an incredibly rare copy of the lost autobiography of Tamara Reese, the third American “Atomic Age” transsexual woman. Working with the support of the Mayo Clinic History of Medicine Collection, I am presenting a high-resolution scanned copy of this public domain work for everyone in the world to read, archive, and preserve as a part of our shared transgender history.

You may find the link to the book on my Tamara Rees page.

The work starts out intriguingly with the information that she was born in Kansas City – I confess to getting goosebumps when I read that! – and lived in Wichita for a while. The book tells of a youth filled with gender dysphoria and failure, as well as several attempts to escape into some service or corps (she spent time with both the Navy and the Army), and finally takes her to WWII and her service as a paratrooper in the conflict. From there we learn of her being wounded in action, her stunt-diving and airplane-flying career, her marriage of convenience, and again a directionless life. The details of her actual medical transition, both the procedures and the processes, is very sparse. Her tales of being mobbed by the press and learning how to act and live as a woman in public are somewhat interesting, and some light is finally cast on her suicide attempt (she claims it wasn’t, however) which led to her suddenly being evicted from the Netherlands.

I admit I felt like there was so much else which could have been written, so many details which were missing, and so much opportunity lost to preserve more of our early history. However…the work is what it is, and as such it nonetheless provides an enormous amount of information about Rees which was unknown by myself, and I’ll wager by even most transgender researchers. Especially interesting are some notes by the book’s prior owner, Dr. Alvarez, which explain that he knew Reese personally, and that she had married and adopted a daughter – the latter fact being something I never knew. But still, I wanted to know so much more…and the search for more information will continue, as always.