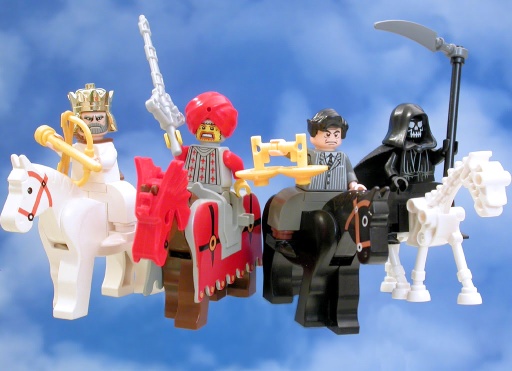 I encountered so much intolerance today that I felt it should probably be gathered into a single post to share with you. While these news articles do not directly concern the transgender community, due to the strong linkage between us and the LGBQA community – as well as the fact that many of us are in same-sex relationships – this news is noteworthy. 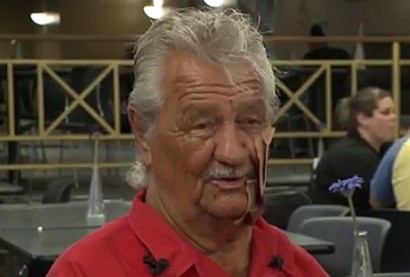 “We’re filing a lawsuit against the people who are allowing you and telling them to stop doing it,” Braun told Kari George and Joan Fecteau, who had brought their daughter and friends to witness their wedding.

Braun doesn’t want to wait for the federal courts to rule, and says he’ll file his lawsuit Thursday asking a Milwaukee County judge to stop the weddings.

“We believe the county violated our civil rights by issuing these marriages licenses. When we voted eight years ago, the law was one man, one woman,” Braun said.

Meanwhile, in the quaint hamlet of Asshole, Alabama, local circus freak Cooter B. Jefferson III is threatening to file a lawsuit which claims that allowing African Americans the right to wear plaid violates his civil rights, as he is proudly 1/128 Clan McDonald. Or at least some other “Clan”… 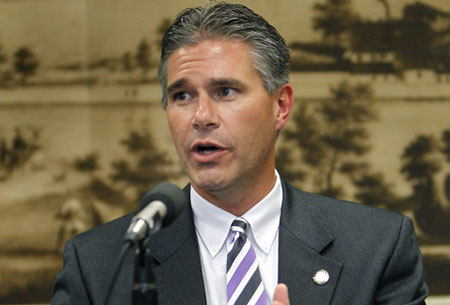 The next horseman we have to present to you is fearmongering, in the form of the Wisconsin Attorney General who claims that those who issue marriage licenses to same-sex couples, now that the state’s ban has been declared un-Constitutional, could face prosecution. But not from him, oh no:

“That’s going to be up to district attorneys, not me,” Van Hollen said. “There are penalties within our marriage code, within our statues, and hopefully they’re acting with full awareness of what’s contained therein. … You do have many people in Wisconsin basically taking the law into their own hands, and there can be legal repercussions for that.”

Others think that this horse is a real nag.

“There has to be (criminal) intent. If a reasonable person can read that the judge clearly invalidated the state ban on same-sex marriage, what would be the charge?” he said. 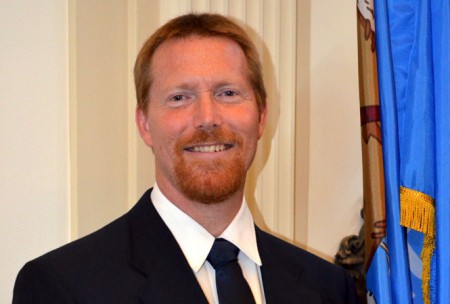 The next horseman is the ugliest one of this group – murderous hate. In the form of Tea Party candidate for the Oklahoma House, Scott Esk.

Esk posted Biblical scriptures from Romans and Leviticus that referred to homosexuality being punished, reports KFOR-TV.

One person on Facebook on responded, “So just to be clear, you think we should execute homosexuals (presumably by stoning)?”

Esk responded, “I think we would be totally in the right to do it. That goes against some parts of libertarianism, I realize, and I’m largely libertarian, but ignoring as a nation things that are worthy of death is very remiss.”

Esk, who obviously considers himself God’s personal hit man, has this further malediction for us.

“What I will tell you right now is that was done in the old testament under a law that came directly from God,” Esk told Morris. “And in that time, it was totally just, it came directly from God. I have no plans to, you know, reinstitute that in Oklahoma law. I do have some very huge moral misgivings about those kinds of sins.”

I checked the cover of the Bible behind me, and I noticed that it said “King James Version,” not “Quentin Tarantino Version.” Esk’s “cognitive dissonance” method of interpreting the Bible is the sort of thing one typically sees coming from someone hiding behind barbed wire with his 39 “sister wives.”

Finally, we come to the final horseman – plain old ignorant-ass shooting off the mouth. This time, coming from Texas Governor Rick Perry:

At a speech in San Francisco, the longtime Republican governor — who ran for the White House in 2012 and is considering another bid in 2016 — was asked whether he thought homosexuality was a disorder.

“I may have the genetic coding that I’m inclined to be an alcoholic, but I have the desire not to do that — and I look at the homosexual issue the same way,” Perry said.

According to CNN affiliate KPIX, some people in the pro-Perry audience gasped when they heard the governor’s remarks.

If only Mr. Perry had learned the Krusty the Clown method of dealing with cases where one’s brain is allowed unfettered access to one’s mouth: 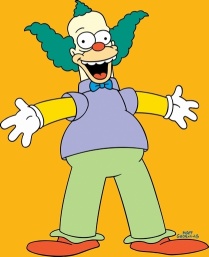 Sadly, this sort of intolerance is no laughing matter.