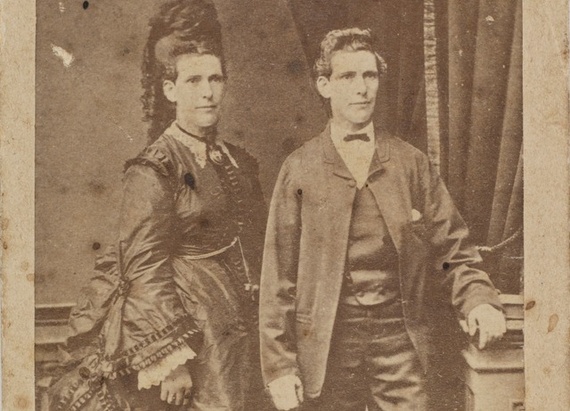 A compelling historical piece from the Atlantic magazine. The subject is the life of Ellen Tremaye, one of the first European transgender men known on the continent. Changing his name to Edward De Lacy Evans and living as a man, including having several wives who claimed not to have any idea their husband had a vagina (see the story of Billy Tipton), he found employment as a miner and blacksmith. More importantly, the story focuses on the way he was treated when he was forcibly committed to an asylum for depression. Upon being stripped for bathing, they discovered he had female genitalia and breasts, and then:

Doctors diagnosed him with “cerebral mania” and “mental weakness,” and offered him only female attire to wear. He refused to wear it, or to eat, for days at a time. Over the course of Evans’ three-month treatment, physicians subjected him to extensive vaginal and rectal probing, during which he reportedly “sobbed and wept.”

Well yeah, I’m pretty sure most of us would sob and weep over extensive rectal and vaginal probing.

Evans’ exposure caused, to put it mildly, an incredible stir. One local photographer snuck into the hospital and took photos of Evans dressed in both male and female clothing, as well as in a straight jacket. Local sideshow operators offered the hospital 5 Australian pounds a week to display Evans as an oddity.

After his release, Evans did appear in one such traveling carnival, where reporters noted that he appeared “weak and half-witted” from the ordeal. Sideshows billed him as “The Wonderful Male Impersonator” and a pamphlet about his life, The Man-Woman Mystery, was published in 1880.

I give a spoiler and say that Evans did not lead a long and happy life. Much more information at the link below.