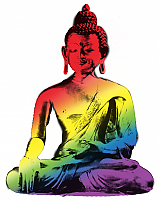 The transgender community has made huge strides in acceptance among less-popular and so-called “sidestream” religions and denominations. This article by Kayley Whalen discusses some advances, and focuses on progress, but also tells some sad stories:

One Catholic trans woman I befriended recently had devoted her life’s work ministering to prisoners and youth, and when she came out to her priests privately, they said they supported her transition. However, when she came out publicly, her parish stripped away all of her ministries, and she is now working to re-build them independently. A gay transgender man I met had spent decades as a devout Baptist, but when he came out as trans he was publicly shamed, humiliated and thrown out of the congregation his family was part of. He then joined another congregation who accepted him as a gay man, but once they found out he was transgender, he was again publicly shamed and rejected.

Huffington Post – Embracing Transgender Equality, Inside and Outside Religious Communities