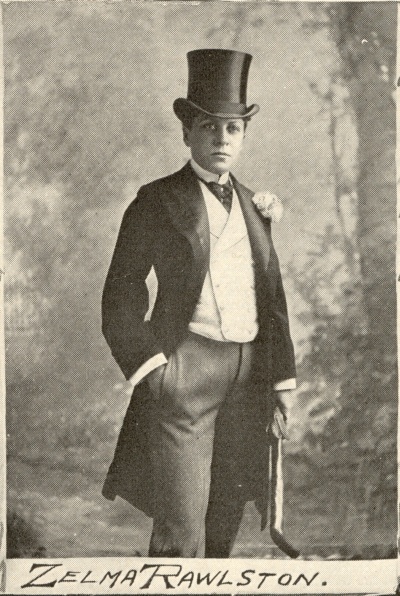 I’ve added two photos of a new addition to Transas City: Zelma Rawlston, who played the role of a “swell young man” in many plays and productions. Her image in male dress caught the imagination of audiences in the 1890’s-1910’s, and she appeared on music sheets, playbills, and in many magazines and newspapers. One of the photos, showing her in 1897, is an original document that I acquired and which has now entered the Transas City collection.

Click this link to visit the new Zelma Rawlston page on Transas City.