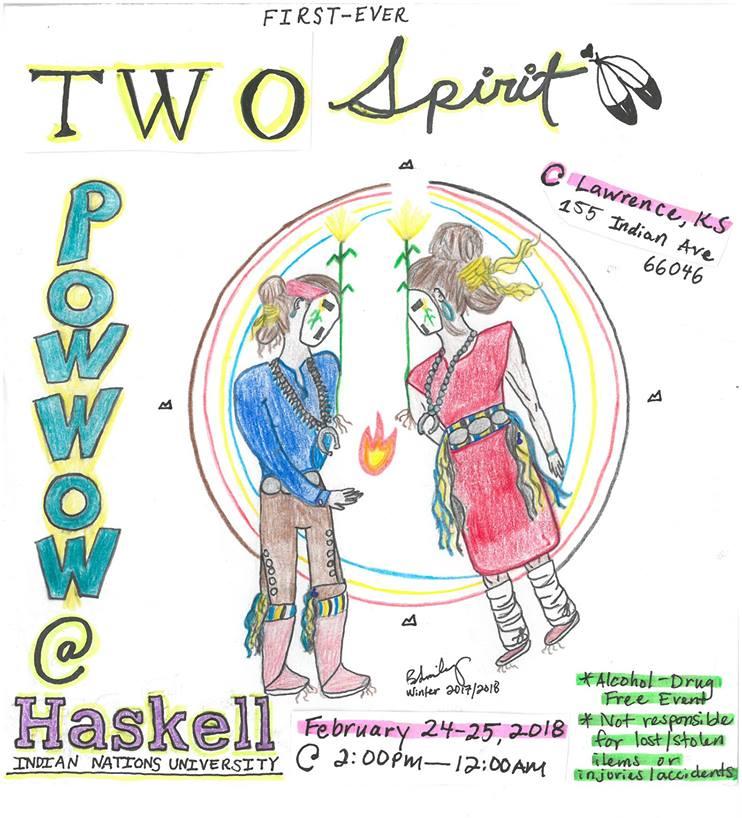 Transgender, alternate gender, and non-binary gender studies is an incredibly broad and diverse field of study, which sometimes can be overwhelming even to someone who is honestly interested in the subject. And while it can be tempting to lump together anyone who is not cisgender binary as being “transgender,” that broad umbrella term can also hide the incredible depth and breadth that exists within a specific culture. This can be especially troubling when we are trying to learn from an ancient culture which has been subjugated and nearly destroyed by a conquering culture of invaders – such as the Native American two-spirit people.

We are very happy today to have two representatives of Native American two-spirit culture with us in the studio today, Bry Smiley and Reggie Black Elk, who will give us some enlightenment on their people and their culture, and who will talk about a premier event they are holding at the Haskell Indian Nations University in Lawrence, called the Two-Spirit Pow-Wow.

Join us at 1pm Central today on 90.1FM KKFI, streaming on kkfi.org, or via various apps on your phones.