This study, conducted by the Palm Center, part of San Francisco State University, find little to be concerned about and much which could be improved if the ban on transgender military personnel was lifted. The study will likely take some serious heat from accusations of bias, however, because the person who funded it was Jennifer Pritzker, a billionaire transwoman.

One vocal critic of the report has this to say:

Center for Military Readiness President Elaine Donnelly, a woman who had previously argued that the human rights violations at Abu Ghraib happened as a result of women being allowed in the military, and was one of the loudest opponents of the repeal of Don’t Ask Don’t Tell, voiced opposition to Palm Center’s report.

“This is putting an extra burden on men and women in the military that they certainly don’t need and they don’t deserve,” Donnelly told the Associated Press. Donnelly also suggested that allowing transgender servicemembers would lead to an increase in sexual assault.

Of course transgender persons already are serving in the military, they’re just doing it in stealth…and yet, where is all that sexual assault? And how come other countries can somehow manager it, such as Australia, Belgium, Canada, the Czech Republic, Israel, the Netherlands, Spain, Sweden, Thailand, and the United Kingdom? 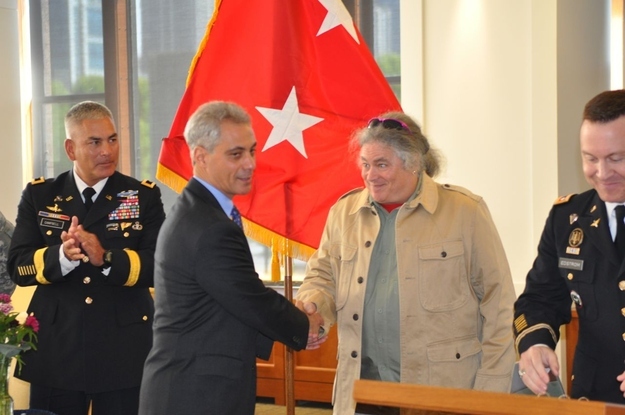 The scuttlebutt I’d heard for some time is that it was well-known that Jennifer was trans, but just refusing to come out. Doesn’t matter; she has and seems committed to doing a lot of good for the community.