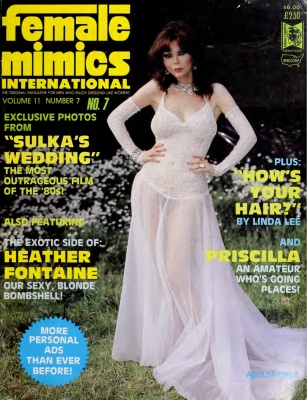 Female Mimics International magazine was a later evolution than Female Mimics magazine, and as such (at least among the issues from the 1980’s that are hosted here), it focuses on drag and crossdressing culture, with some transgender-focused topics. These magazines have a much more prurient and exploitative bent than earlier magazines. Nonetheless, the magazine is quite interesting for its coverage of crossdressing-related events of the 1980’s, which often were a refuge for the transgender community at the time, as well as the larger LGB community.

I have 53 issues of the magazine featured on this page. Please note before clicking, some of the covers (not to mention the interiors of the magazines) are not work-safe. 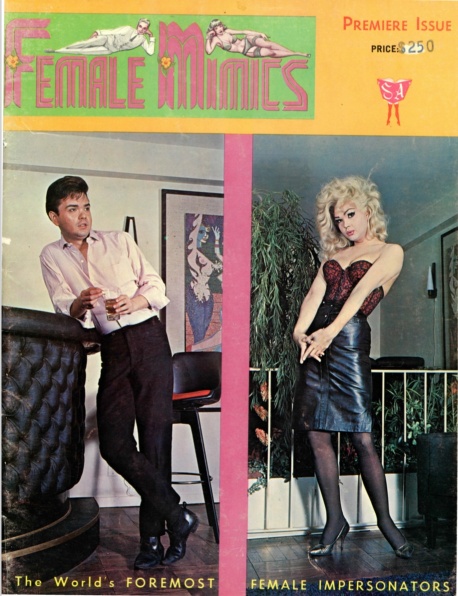