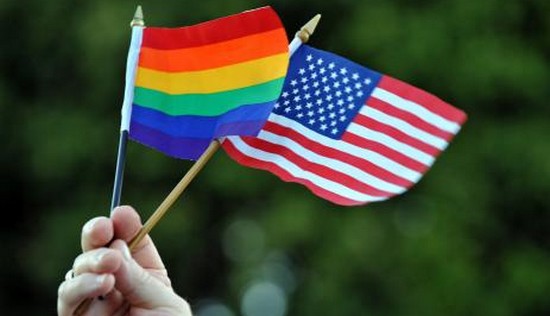 The City Council of Roeland Park, KS, is considering an LGBT Non-Discrimination Ordinance that would add sexual orientation and gender identity to the protected classes the city code already recognizes. The ordinance would protect member of the LGBT community in matters of employment, housing and business regulations.

I am not a resident of Roeland Park. I actually reside in Kansas City, MO, where such protections are already in place. But because Roeland Park is part of the Kansas City metro area, last night members of the public were allowed to speak either for or against the measure during the city council’s meeting. Equality Now asked LGBT supporters to come out to show support for the ordinance. As a mom of a transgender daughter, I felt compelled to speak up.

Apparently there have been some questionable tactics by opponents of the ordinance in previous meetings, when a guest speaker who was not on the official meeting agenda was allowed to speak for 20 uninterrupted minutes at the end of the meeting when supporters had already left. During last night’s meeting, the ordinance itself was not discussed but an Open Comments time was given for citizens to let their voices be heard.

I was the last of 12-15 people who requested to speak. All but two were standing in support of the non-discrimination measures. Of the two who objected, one said it is not a matter of human rights like racial discrimination and, therefore, she didn’t see the need for the ordinance at all. The other person, though, objected based on “religious liberty” and the fear that men in dresses could assault women in restrooms.

I only had about an hour’s notice before the meeting, so I showed up without any notes or idea of what to say. Listening to the people before me, I had a lot of thoughts swirling through my head. “Yes, I want to repeat that. It’s important.” “Oh, no one has said X yet. I should fit it in.” But then when the woman said she, as a Conservative Christian, objected to men in the restroom and feared for her safety, I knew I had my opening.

When my turn came, I began by saying that I was a Southern Baptist conservative Republican transplant from the South, and that I appreciate being able to voice my concerns in another town’s affairs. I said that I have a six-year-old daughter and that I, too, fear for her safety in restrooms. But my fear stems from the fact that as a transgender girl, she is far more likely to be the assault victim because of anti-LBGT hate crime. (I think I saw a mouth or two gape open at this point.) A speaker earlier in the evening pointed out that opponents had to use one story from 20 years ago in Canada as their “evidence” that transwomen are really men trying to attack and rape women in restrooms. I mentioned that dozens of assaults happen against transgender people across our country every year.

I told the council that my daughter is already afraid people who knew her prior to her transition could out her in public and demand that she not be allowed to use the restroom of her affirmed gender. As a child, she is often afraid to go to the bathroom and will never go alone. I can’t even stand outside the door to wait for her. She insists I go in just to be sure no one tries to see her and invade her privacy.

I closed by asking that the ordinance be passed so that my child, other children like her, and adults who might have a hard time “passing” but who still need to be respected as people and allowed to use the restroom they are most comfortable with are not afraid to do so because of violence or public humiliation.

Speaking out when my daughter is a minor is not something my husband and I felt comfortable with for a long time. But we are at the point where we can’t stay quiet anymore. Without more visibility and demands for equal rights, nothing will change to improve her future.

As I returned to my seat, an older gentleman who had been sitting behind me grumbling anti-LGBT sentiments to his wife as he listened to each speaker tapped me on the shoulder and very quietly and solemnly said “Thank you. Thank you for speaking up tonight.” He then looked down at his hands and folded and unfolded the meeting’s agenda over and over again as if he was deep in thought. I hope he was. I hope that giving my daughter a voice (through me as her overly protective mama) makes people think and open their minds.