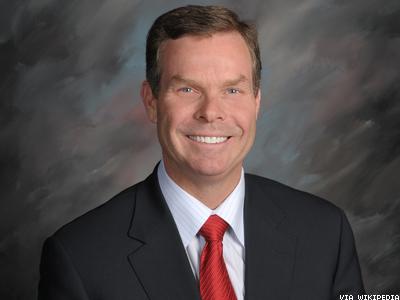 This guy and his team are a real piece of work. He resigned in disgrace over campaign finance violations and other misdeeds, and his staffers are apparently a bunch of transphobic haters. I don’t know what’s most idiotic – their transphobic comments, or the fact that they are snarking on one of their own Party!

Seth Crossley and Renae Cowley, staffers in Swallow’s 2012 reelection campaign, exchanged several of emails using transphobic terms to describe a transgender woman who was a delegate to the Utah Republican Convention…

“77 graced us with their presence yesterday,” Crossley wrote, referring to the number of delegates who had attended a campaign event in the weeks leading up to the convention. “Including the infamous cross dresser!”

Cowley responded to Crossley’s email by demanding a photograph of the delegate. “I’m still waiting for a picture of the tranny!” wrote Cowley.

“I offered a picture of that thing while it was next to me!” replied Crossley. “You declined.”

This is what these people think of us.