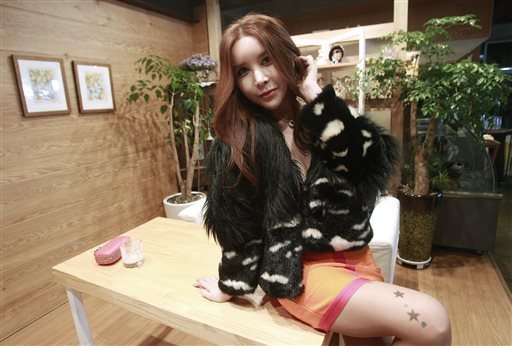 This is a very interesting article, written a little thoughtfully, on the little-known world of transgender surgery in South Korea and the lead surgeon in that nation. Transgender people are still somewhat taboo in that country, although some reports from human rights advocates claim that transgender people are actually more accepted in South Korea than lesbian, gay, and bisexual people.

The surgeon in question is Dr. Kim Seok-Kwun, a veteran of about 320 GRS procedures. His reason for choosing this mission in life, in a country mostly hostile to transgender people, is given as:

The devout Protestant known as the “father of South Korean transgender people” once wrestled with similar feelings.

“I’ve decided to defy God’s will,” Kim, 61, said in an interview before the monk’s recent successful surgery to become a man. “At first, I agonized over whether I should do these operations because I wondered if I was defying God. I was overcome with a sense of shame. But my patients desperately wanted these surgeries. Without them, they’d kill themselves.”

When Kim first started doing the surgeries in the 1980s, his pastor objected. Friends and fellow doctors joked that he was going to hell if he didn’t stop. He now feels a great sense of achievement for helping people who feel trapped in the wrong body. He believes he’s correcting what he calls God’s mistakes.

“Some people are born without genitals or with cleft lips or with no ears or with their fingers stuck together. Why does God create people like this? Aren’t these God’s mistakes?” Kim said. “And isn’t a mismatched sexual identity a mistake, too?”

The lead photo is of Harisu, South Korea’s most famous transsexual entertainer, who is the featured surgeon’s most famous patient.