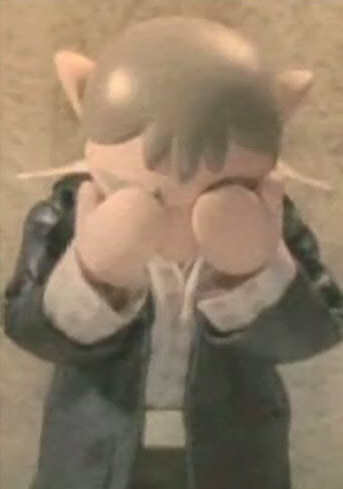 Some days I want to rage against the proverbial machine, and other days I just want to bury my face in my hands and give up. The newest transgender rights law in Maryland passed the Senate and House of Delegates, and hasn’t even been signed by the freaking governor yet – and a conservative Republican group is trying to force a referendum on the law for this year’s elections.

Among other things, the legislation protects transgender people against discrimination in employment and housing. It also upholds a transgender person’s right to use public bathrooms and locker rooms for the gender with which they identify.

Those provisions have prompted opponents to label the measure “the Bathroom Bill” and to warn that it would make it easier for sexual predators to gain access to women’s bathrooms and locker rooms.

Thirion said the law would apply only to people who have shown that they clearly identify with one gender, and not to a man who might put on a dress to sneak into a women’s bathroom. Supporters note that any illegal acts committed by a person in a bathroom remain illegal.

But don’t think for a minute that any reason is going to stop those who hate and fear transgender persons. These haters simply hate us for existing – for sharing their space. We’re the 21st-century version of witches. And these people cannot be placated, they cannot be reasoned with, and they cannot be happy until every last one of us either withdraws from the world and hides in our homes – or dies.