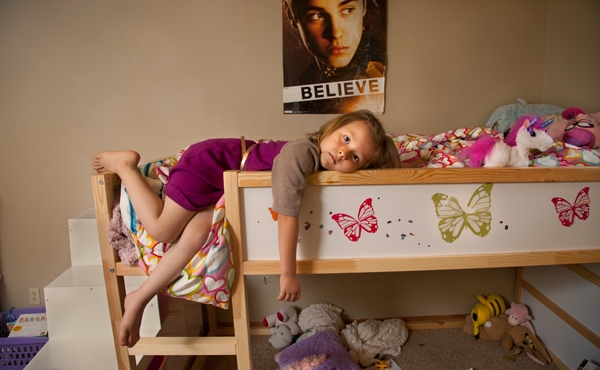 Coy Mathis made the news quite a bit this summer, and then her story dropped out of the public attention. Rolling Stone magazine is bringing it back to the forefront via a comprehensive and well-done article which was forwarded to me by Attorney Madeline Johnson.

I do question this statistic which was reported:

If the trans movement is the LGBT’s final frontier, then transgender youth represents its farthest outpost. Kids are coming out as trans earlier than ever: A survey of the San Francisco school district found that 1.6 percent of high school students and, incredibly, one percent of middle-school students identified as transgender.

If true, that blows any other survey out of the water, as IIRC the highest percentage reported for transgender youth by any scientific study was about 0.3-0.5%.
The article does a good job of outlining the hatred of religious conservatives towards our existence.

However, any reasonable discussion on the subject has been drowned out by conservative Republicans, who have staked out a position that is reflexively anti-trans. “Is that not the craziest thing you’ve ever heard?” Mike Huckabee asked at October’s right-wing Values Voter Summit, speaking of California’s anti-discrimination-schools law; California Republicans have already targeted its repeal as a top priority. Earlier this year, House Republicans tried to strip the Violence Against Women Act of its protections for transgender women, and Arizona state Rep. John Kavanagh introduced a bill that would have made it a crime for trans people to use their preferred bathrooms. Fox News commentators vehemently oppose any accommodation of trans kids in schools, something Bill O’Reilly calls “anarchy and madness.”

Perhaps no one is more outraged, however, than the religious right, of which Focus on the Family reigns as a dominant force. On Focus’ 81-acre Colorado Springs campus, some 600 employees put a chunk of their $90 million annual budget to work creating LGBT intolerance on every front, including fighting “safe-school” anti-bullying initiatives and pushing reparative therapy. Leading Focus’ charge to push people back into the closet is its “gender-issues analyst” Jeff Johnston, himself a proud “ex-gay” – now a married father of three boys – who blames what he calls the “sexual brokenness” of LGBT people on a combination of poor parenting, molestation and original sin. In his newsletters for Focus, Johnston treats trans people in particular with amused pity. “Male and female are categories of existence,” he wrote this year. “It is dehumanizing to categorize individuals by the ever-proliferating alphabet of identities based on sexual attractions or behavior or ‘gender identity’ – LGBBTTQQIAAFPPBDSM – however many letters are added. No. We stand with the truth.”

Don’t ever kid yourself that a large segment of America wouldn’t be quite happy to eliminate us.
It’s also telling reading how the principal of the school which discriminated against Coy just simply didn’t give a shit that he was breaking state law.

As attorney William Kelly Dude would write in the accompanying position paper, while perhaps it seemed acceptable for a harmless six-year-old like Coy to enter the girls’ room, he vividly described what a future infiltrator could look like: “a male high school student with a lower voice, chest hair and with more physically mature sex organs who claims to be transgender and demands to use the girls’ restroom” – a menacing portrait of an impostor that echoed the threat of Focus on the Family’s “Predator” ad. That hairy deviant would soon be Coy herself, as Dude would write the Mathises: “As Coy grows older and his male genitals develop . . . at least some parents and students are likely to become uncomfortable with his continued use of the girls’ restroom.” The decision had come down swiftly: For the protection of the district as a whole, Coy was to be banned from the girls’ restroom.

“You know this is against the law, right?” Kathryn demanded of Principal Crow in his office a couple of days after his phone call. This wasn’t just about finding Coy a toilet. It was about the larger message Coy would be forced to internalize every time she had to relieve herself: that she was abnormal, that there was something so grotesque or unsafe about her that her very presence in a place as delicate as a bathroom was intolerable. And Coy wouldn’t be the only one digesting that attitude; so, too, would her peers.

“There’s nothing I can do,” Crow, a tall, soft-spoken man with dark, slicked-back hair, told Kathryn. “My hands are tied.”

Well too bad, dude, you lost and civil rights won. Deal with it.