Photographs and media of Zelma Rawlston are not rare, but for all that no one seems to have created any sort of comprehensive biography of her life. In a review from 1898, she was described as “an extremely clever impersonator of swell young men,” and she appears on the covers of many pieces of sheet music, as well as dramatic programs.

There is no completely definitive source which tells whether she was merely an actress, a drag king, or actually transgender. Given that male impersonation was her stock and trade, and apparently her sole claim to fame in popular media, it’s probably safe to call her a crossdressing woman.

I have two images regarding Zelma – the first is an original advertisement from 1897, which I have scanned in high resolution. I’ve also included a close-up of just her. Please click on the images below to see them in full resolution. The second is a review of Zelma’s work which I took from Queer Music Heritage, a really good site which I also recommend you check out. 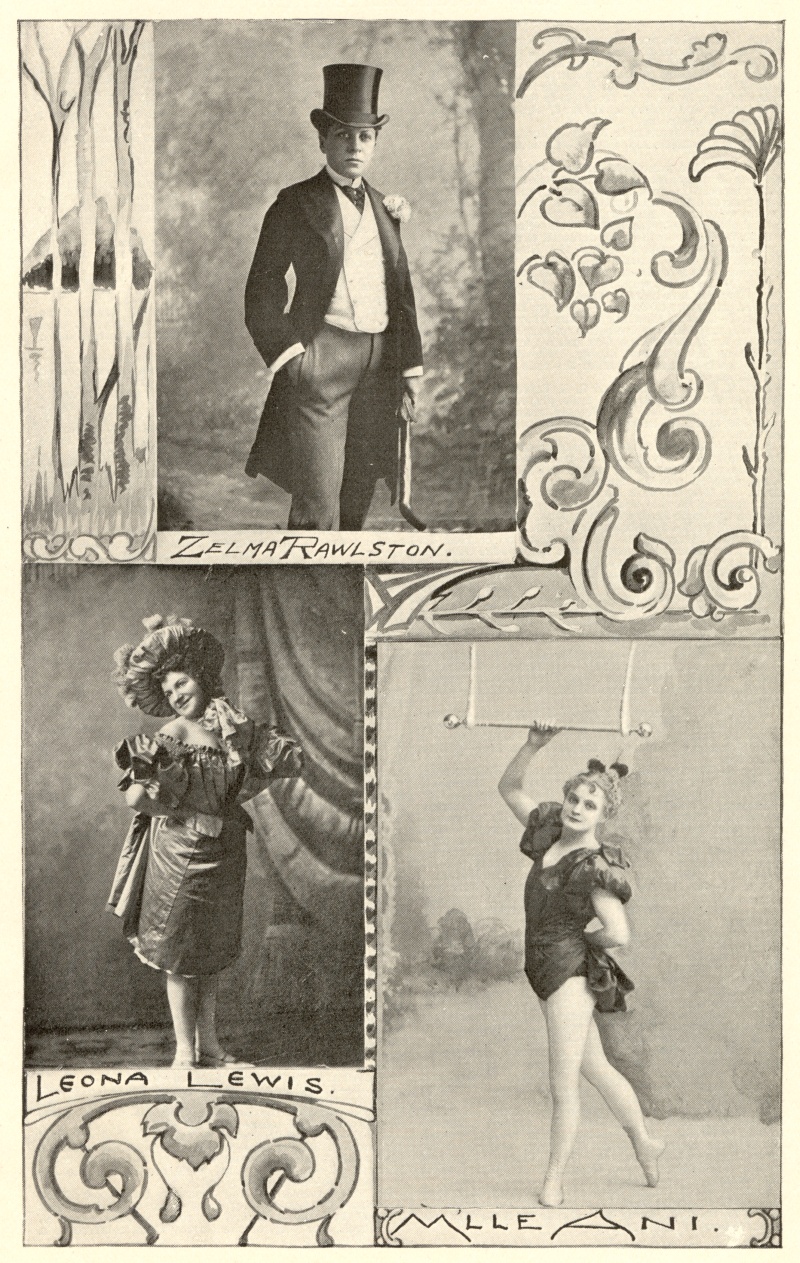 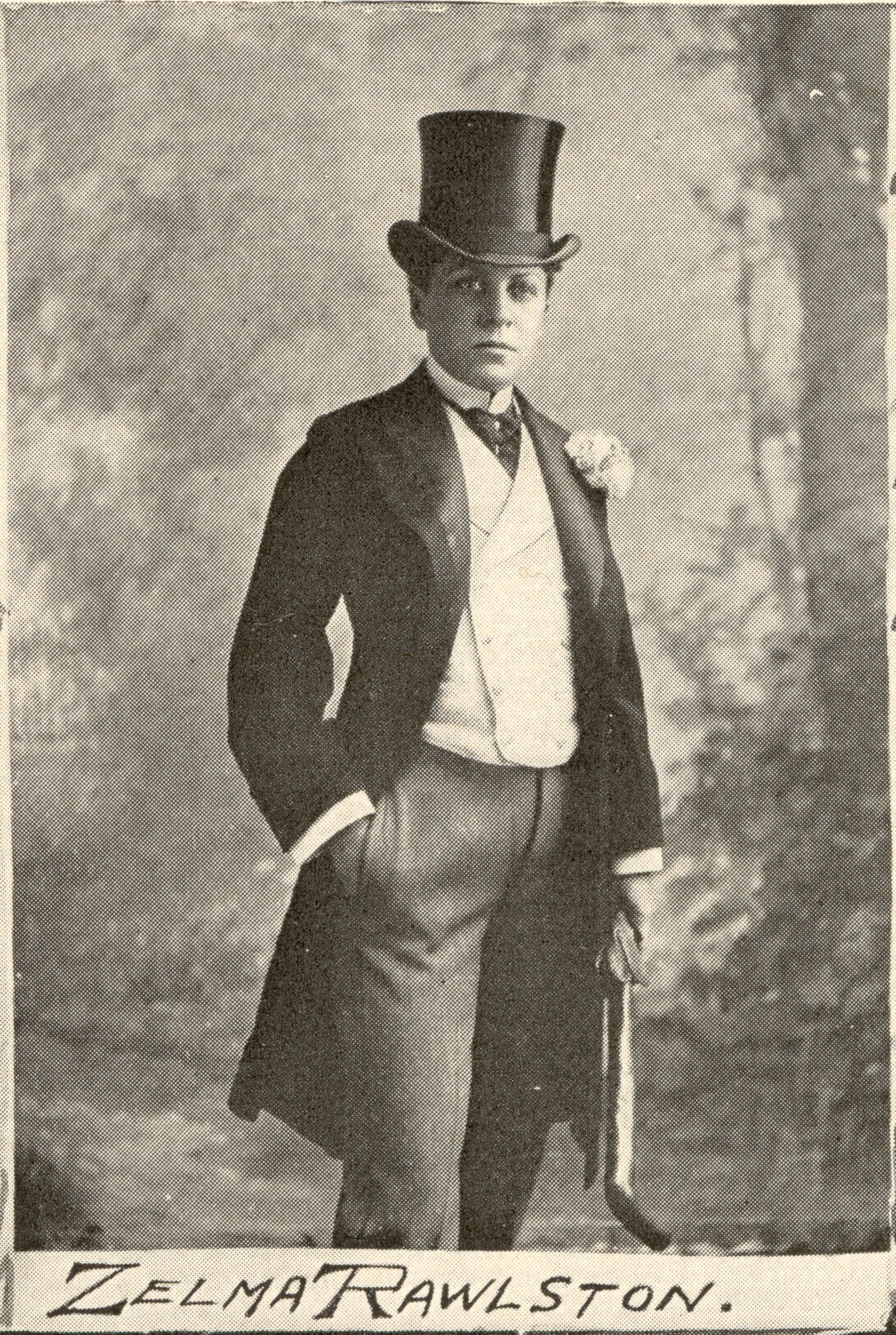 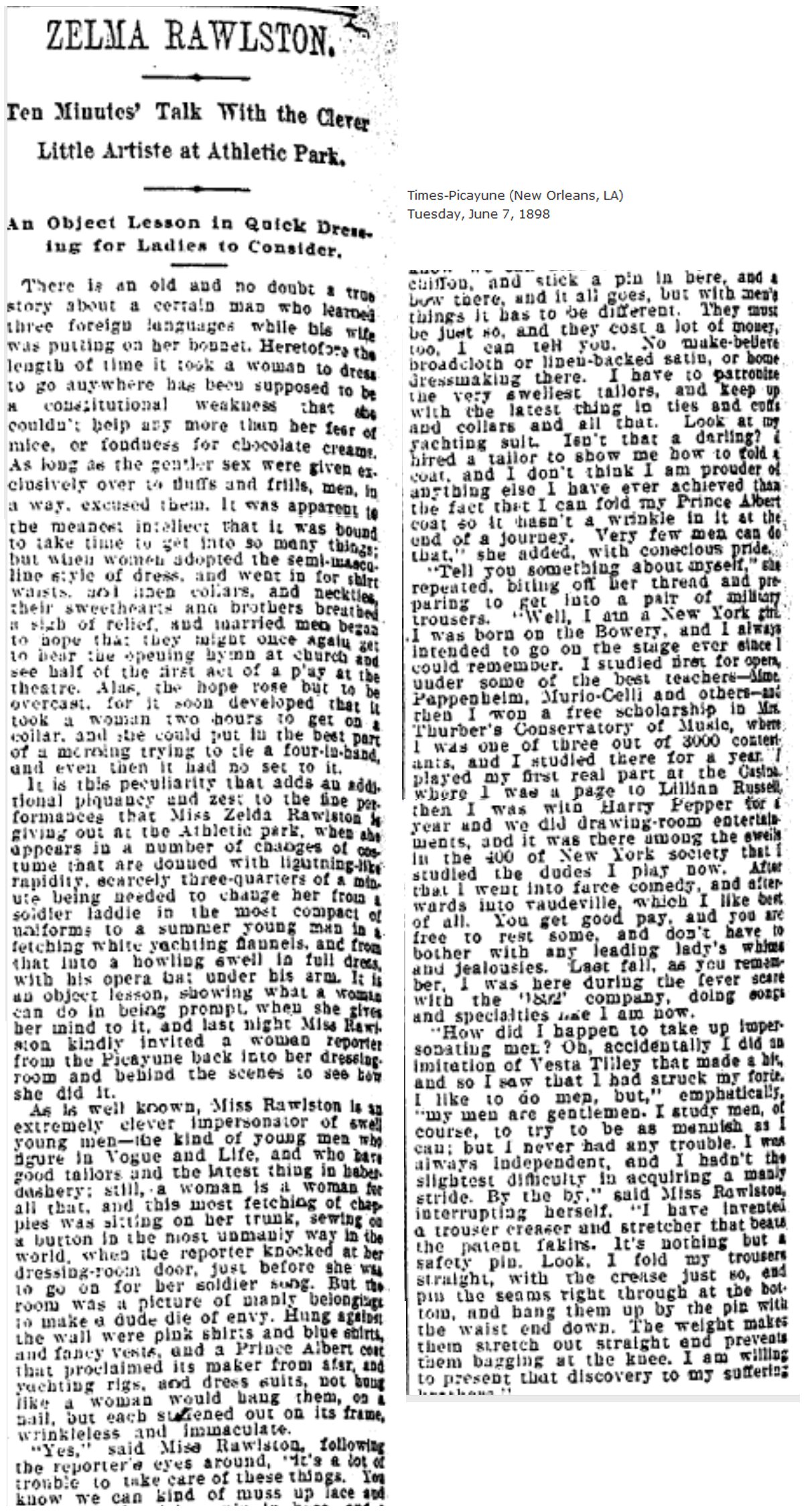