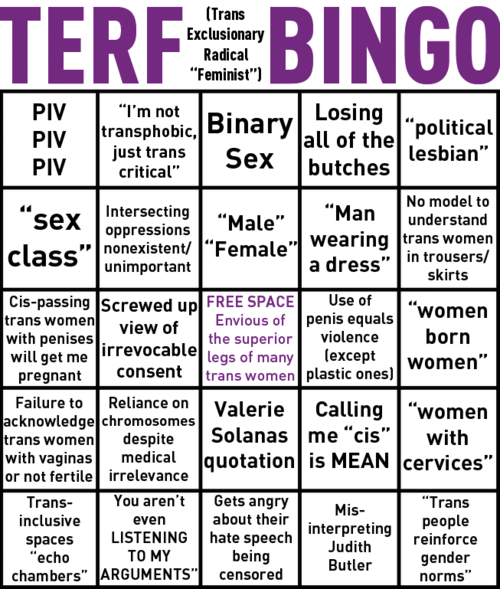 In case you’re not familiar with them, Gender Identity Watch (GIW) is a group founded by Maryland attorney Cathy Brennan, who is a spiritual leader in the Trans-exclusionary Radical Feminist (TERF) movement. In case you’re not familiar with them, they are a fringe hate group which believes transgender women are insane male interlopers who are so desperate to infiltrate the world of women that we practice self-mutilation to do it. Once we infiltrate the world of women, naturally our primary focus turns to peeking under bathroom stalls, stealing jobs from women, and molesting and raping them. Actually, I’ll let Brennan, via Edge, speak for herself:

According to RationalWiki.org, Brennan claims that no transgender people were killed during the Holocaust because the word didn’t exist at the time. The site also claims that Brennan contacted a transwoman’s personal physician and further reports that Brennan has networked Pacific Justice Institute, a conservative Christian organization, in the Institute’s now debunked claim that a transgender teen was harassing other students at a girl’s restroom in a Colorado school. Pacific Justice Institute’s home page states its goals as “defending religious freedoms, parental rights, and other civil liberties.”

Brennan’s issue with the trans community is vague at best. She claims that transwomen are “erasing female identity and histories.”

The Southern Poverty Law Center is a very fine organization which actively fights discrimination on a variety of fronts, including the courtroom. The article implies they are considering the classification, but there is no actual fact, mainly speculation. I’ll keep an eye on this issue.