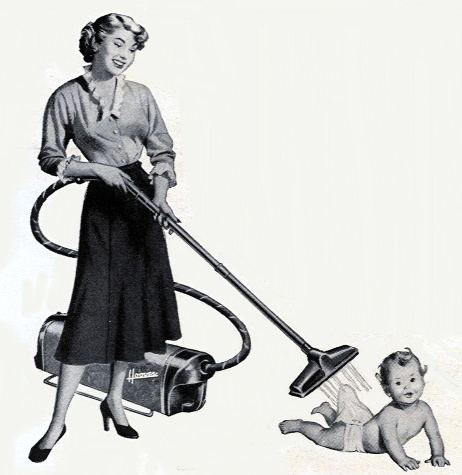 Some have noticed that I’ve not updated the site for a week. The reason is that this week I underwent liposuction surgery, and have spent a lot of time catching up work and recuperating from the pain. I expect to start making updates from the tremendous amount of backlog I have this week. I have received many original historical photographs and documents via the post over the last few weeks, and am way behind in sharing them.

The sole purpose of the liposuction I underwent was to shape my waist area into much more of a feminine hourglass shape, so one could consider this to be part of my gender transition. I was not excessively chunky there – I weighed about 136 at the time of surgery, and am 5’5″ tall. However, I had a small band of tough fat right at my waist, much of which were lipoliths (literally: fat stones) from insulin injections in my waist area when I was younger. These could not be dieted nor exercised away. As such, it’s the first of four procedures I have outlined in my path to completion.

I’ve actually experienced some “blowback” in the community about even describing liposuction as surgery, solely from folks who have undergone SRS but have never undergone liposuction. To them, it’s not “real enough” and doesn’t qualify in their artificial gender transition “pecking order” which they’ve established. I also received a significant amount of criticism from people who advised me I didn’t need it, I was wasting my money, it was too risky, etc. Some of the same people whom I supported wholeheartedly as they underwent their SRS, hysterectomies, breast augmentation, and breast reductions, did not support my personal cosmetic surgery decision. Several acquaintances have offered not one word of support nor even attempted to contact me to see how I am doing since the day of surgery, something which, excuse my proverbial French, I find to be really shitty – especially when I was there for them when they underwent their surgeries.

Setting aside all that psychodrama, let me just convey some facts about abdominal liposuction. Please note that my experience may not reflect yours, or anyone else’s experience, and is merely a sample size of one for you to consider.

In my opinion, liposuction is not nearly as simple as they advertise it on television. Just because they don’t make huge incisions and don’t put you under general anesthetic doesn’t mean your body doesn’t take a lot of punishment. In fact, I wish I had been under general anesthetic, because it HURT LIKE YOU WOULD NOT BELIEVE during the start of the procedure. Thankfully after about 15 minutes it stopped hurting, mostly, because I either passed out or succumbed to the massive amount of lidocaine they inject into you. Given that I have large memory gaps, I’m assuming the latter.

They start by putting you on the table, fully awake, and injecting lidocaine into the incision areas. This is a minor pain. Within about 2 minutes they made 5 small incisions with a scalpel, about 3-4 mm in length and perhaps that deep as well. Then the rigid cannula is unceremoniously forced through the incisions, and shoved under your skin to start to “pop” it free from the layers underneath. It’s horrifying to watch your skin move and stretch up from you, like a toned-down version of the chest-exploding scene from Alien.

There is a visceral sound and feeling when they tear through what the surgeon called “gristle,” that sounds like popping bubble wrap under your skin – painful bubble wrap. Then comes the inflation, where the tumescent solution is injected under your skin, and you swell until you appear 4 months pregnant. Shortly afterwards, the suction and motion begins, and you can see what looks like an inordinate amount of dark, bloody tissue being removed by the cannula through its clear hose. About at this point there is a large “SCENE MISSING” sign, and although I have brief flashes of events happening, for most of that first day I remember less than a few seconds of time.

Afterwards they stick what are essentially maxi pads and Poise pads over your incisions to soak up the copious amounts of fluid which will drain from you, wrap you in another absorbent bandage, then put you into an industrial-strength Spanx-type bodysuit, THEN wrap you with a tight binder similar to that used by transgender men to compress their chests. This is intended to make your now loose skin adhere to your body, and to help reduce swelling.

This is where the true pain starts, and the first 2 days afterwards, if you get a complete 360-degree waist reduction, it is difficult to impossible to work, even at a sitting job. By 3-4 days afterwards, light activity is possible. I’m in day 6 now, and doing reasonably well, except for great pain from my ribs to my waist, and a lot of swelling.

The depressing thing is that you will have to wear the tight binder for a full week, and it hurts. The bodysuit stays on for a couple of weeks, then you are fitted for a much tighter bodysuit. While this may help slim your figure itself, it’s intended to really squeeze the last of the swelling out of you. In 1-3 months, maybe 6 (!), you can see your full results. It’s not quick, and it’s not easy. Don’t let the slick advertisements fool you. It’s serious stuff and you will hurt.

Knowing what I now know, I would be reluctant to do it again. I think the pain was very under-appreciated at first, and I was not prepared for it. It was made worse by the fact that I cannot take codeine, morphine, or other strong medication, I avoid acetaminophen because of its liver effects, and they don’t allow you to take aspirin or ibuprofen for a week. I begged for some relief, and they let me start taking ibuprofen after 5 days. But for the first 5 days, I had almost no pain killers at all.

All in all they only removed about 1-2 pounds of actual fat from me. When you take into account fat cells which are damaged or dislodged during the process and which will be metabolized soon, I likely only lost 2 pounds out of 136. Liposuction, as they tell you, is NOT a weight-loss method; it’s a shaping method.

If you are thinking of doing it yourself…think hard. Take it seriously, and don’t let the “pecking order” make you dismiss how disruptive and how painful it can be.