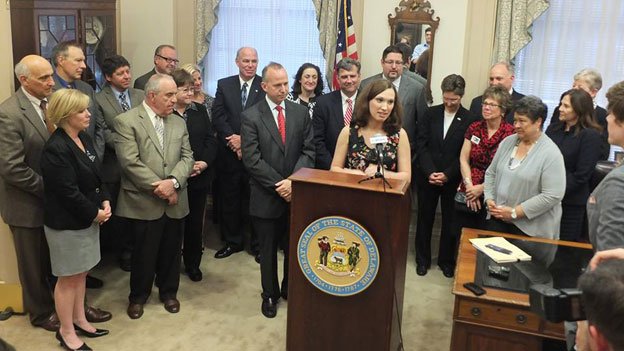 Sarah McBride is the first openly transgender woman to work in the White House, and in this article by WAMU, she talks about her life and experiences. Specifically, her coming out process, with her friends, her family, and her employer.

This reaction from Joe Biden is heartwarming.

But she had a lot of support. Not only from her family, but from another clan: the Bidens. After coming out, McBride got a call from Delaware’s Attorney General Beau Biden. She had worked for Biden during his 2006 and 2010 elections, back when she was known as “Tim.”

“First he used my correct name and accurate pronouns and said, ‘Sarah, I just wanted you to know, I’m so proud of you. I love you, and you’re still a part of the Biden family,'” she says.

She says the “cherry on top” came right before President Obama’s second inauguration, during an event at the Vice President’s home.

One Woman’s Life After Coming Out As Transgender | WAMU 88.5 – American University Radio.