Karyl Norman was born George Francis Peduzzi (June 13, 1897 – July 23, 1947), and was an American female impersonator who was popular in vaudeville, nightclubs and on Broadway in the 1920s. Karyl was known for his elaborate gowns, mostly made by his mother with whom he traveled. He made his New York City debut as a female impersonator in May 1919 and was an immediate success. He specialized in Southern songs, and was known for his quick changes of clothes and gender. One critic wrote: “Not only does this impersonator wear his feminine toggery in tiptop shape, but has a voice that fools ’em at the start. Then to a lower register he descends – a lusty masculine voice….”. He wrote many of his own songs, including “Nobody Lied (When They Said That I Cried Over You)”, “Beside a Babbling Brook”, and “I’m Through (Shedding Tears Over You)”. 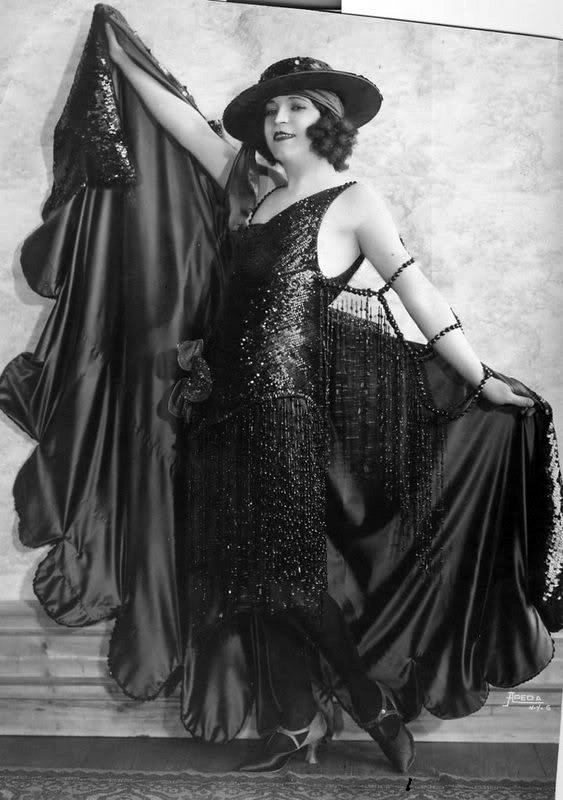 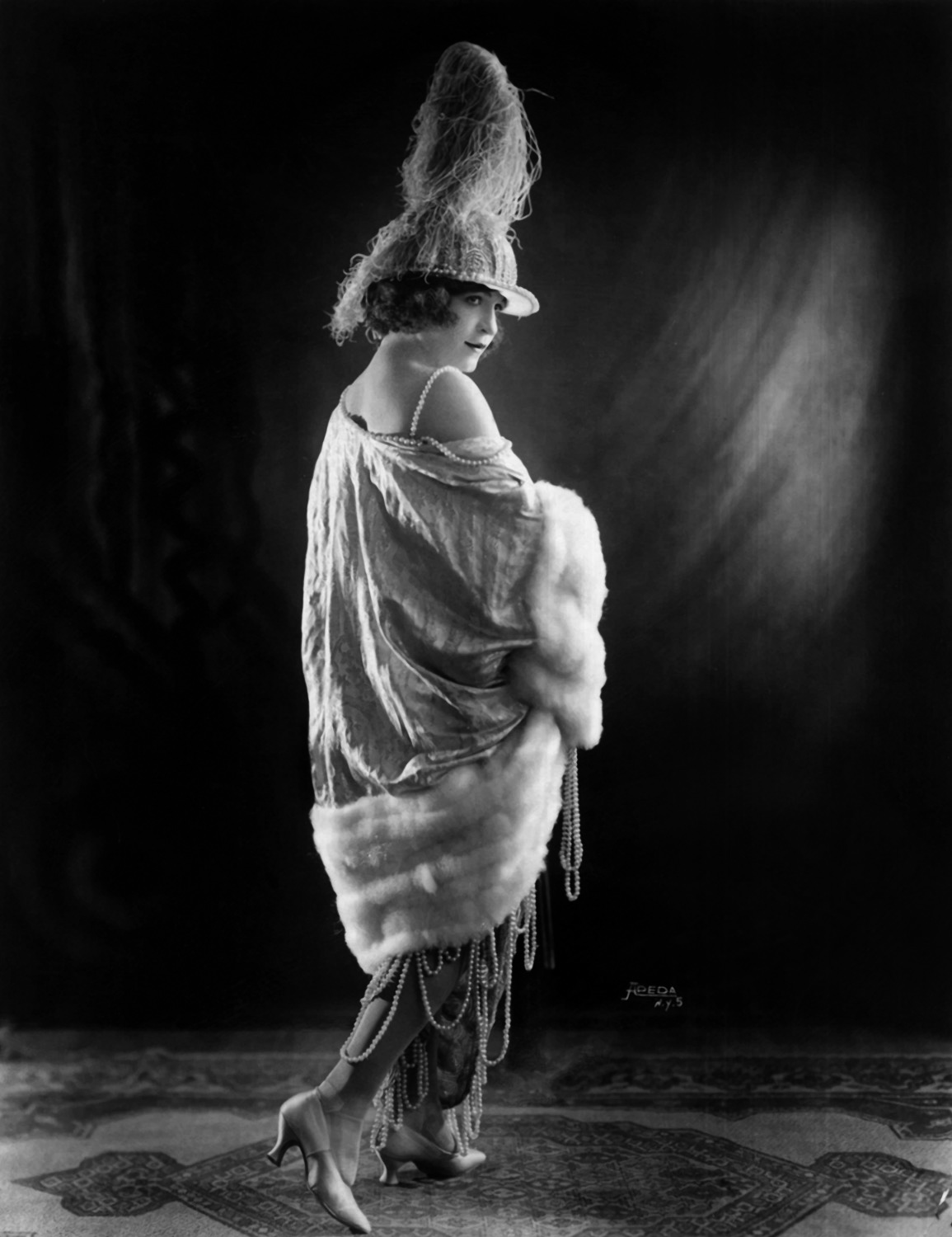 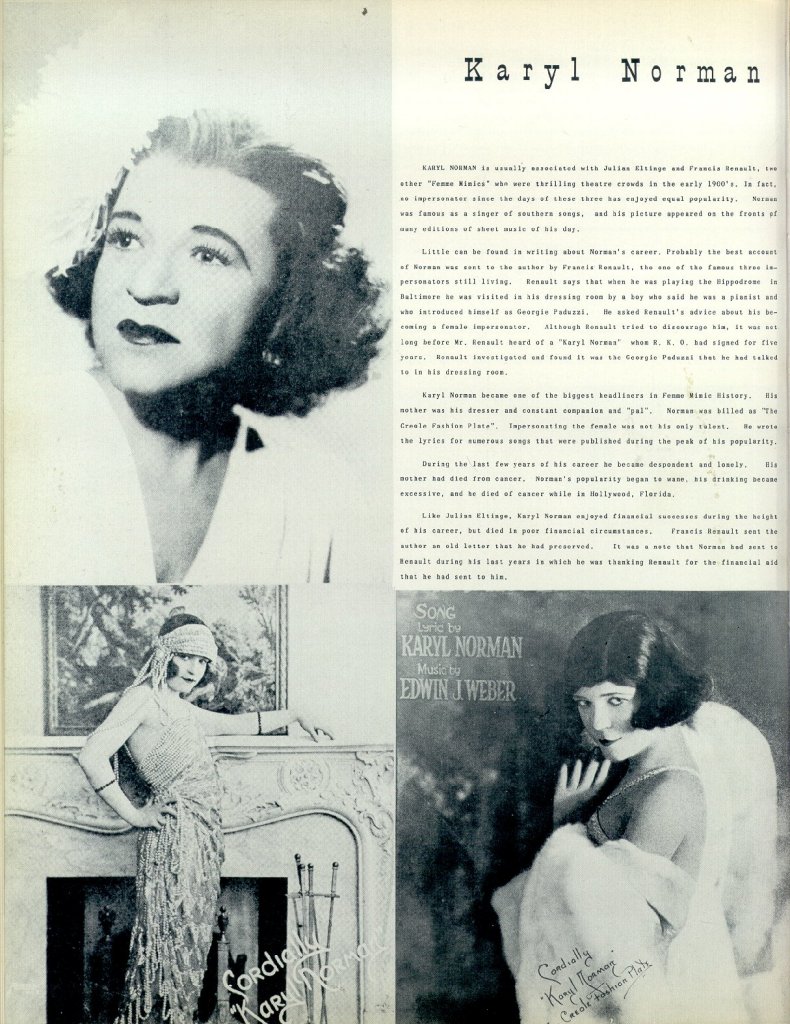 From a program in the 1950’s featuring performers at the famous San Francisco club “Finocchio’s.” 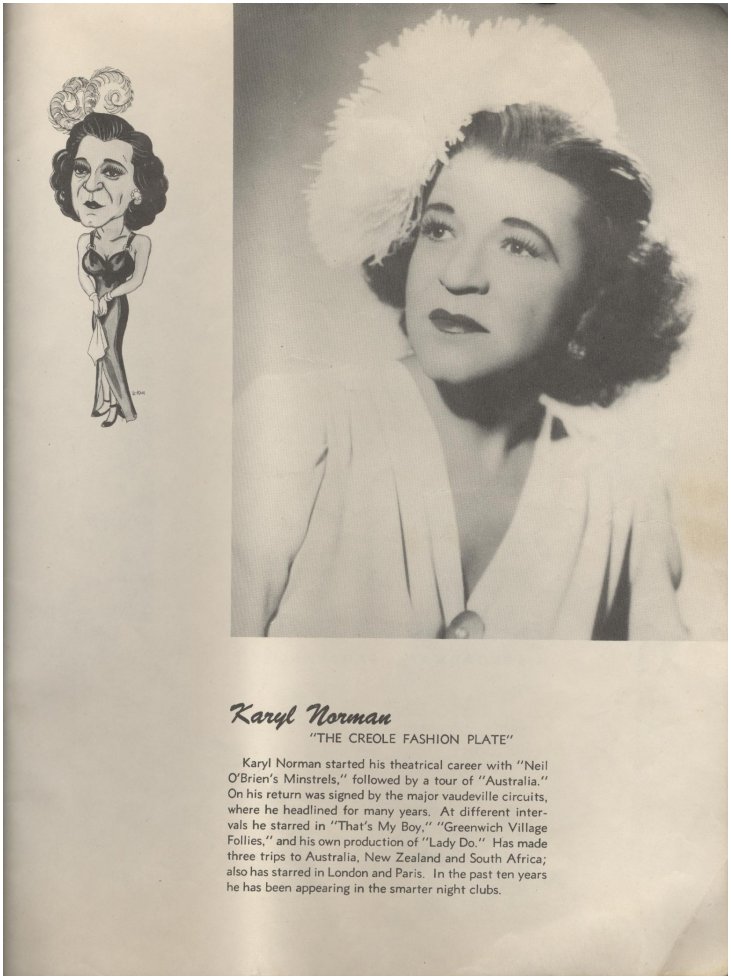