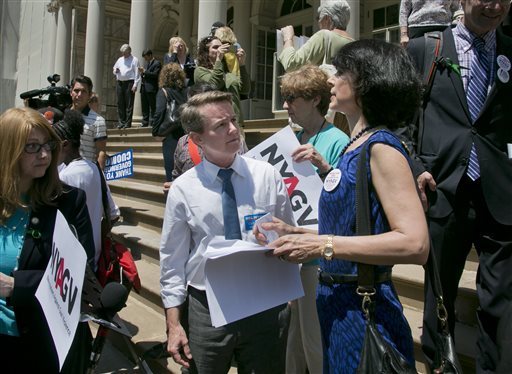 “Mel Wymore is a typical city council candidate in many ways, campaigning as a community board appointee, ex-PTA chair and founder of a roster of local organizations. But Wymore’s community-leader resume has an unusual feature: He built much of it while he was a woman.

If he wins, Wymore would be the first openly transgender person elected to public office in the nation’s biggest city and one of only a handful ever in the U.S., though his campaign is neither emphasizing his personal story nor sidestepping it.”

From what I read, I applaud their courage, but disagree with their politics. C’est la vie.