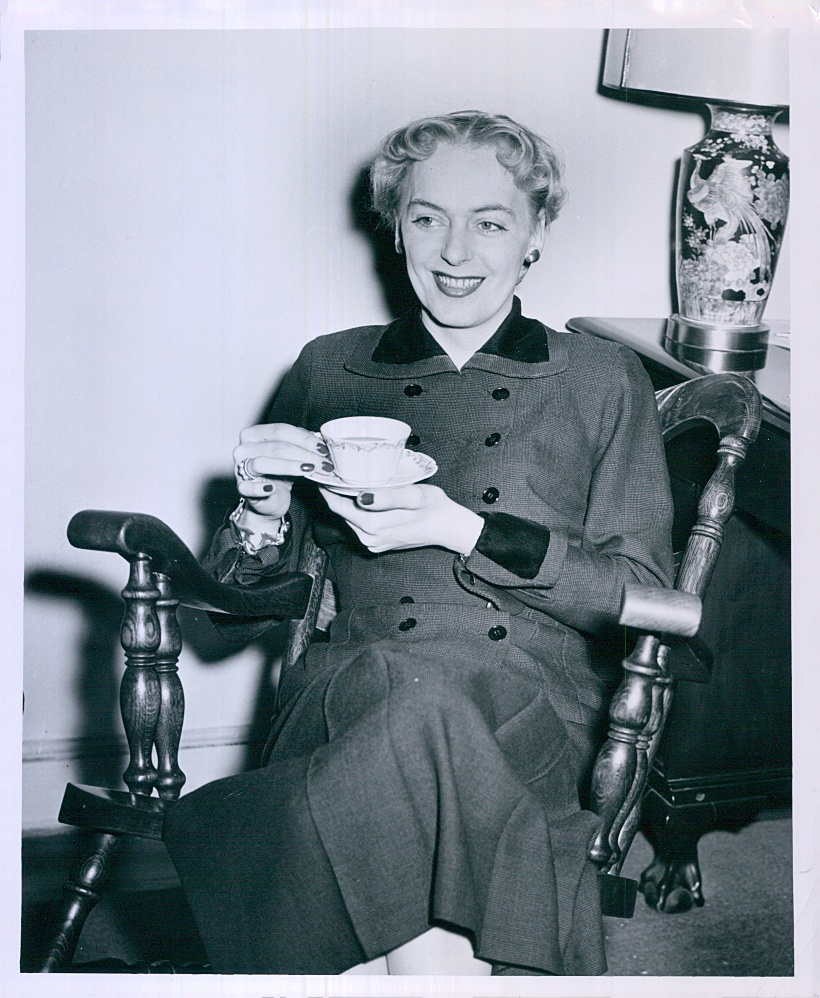 Christine Jorgensen, the first of the American “Atomic Age” transsexual women, is one of the most famous transsexual women in history. Born George Jorgensen, she suffered through gender dysphoria until her 20’s, when she traveled to Denmark and had the first of the modern sexual reassignment surgeries performed upon her by Dr. Christian Hamburger (Christine often said she chose her feminine name as a tribute to her surgeon.) I have a page with a collection of photographs and other material at this link, and recently I’ve purchased an original photograph dated March 30, 1953, to add to the collection.

The photograph shows Jorgensen relaxing with coffee at her parents home, possibly from early that March. Jorgensen had many advantages in her life, namely that being the “first” gave her tremendous publicity and uniqueness. One of the biggest advantages which she had was the support and love of her family, which as we all know, can make or break a transition process. She did experience her share of discrimination, as she writes in her autobiography, but overall her life turned out pretty well for her.

You can download a high-resolution scan of it at this link here.