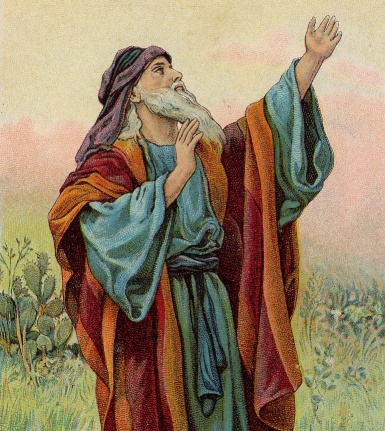 The Book of Isaiah contains the opinions attributed to the Prophet Isaiah, and concerns largely the disposition of Jerusalem in God’s plan. It is generally agreed that Isaiah 56 was written in Palestine, and the audience is meant to be the Jewish community in Judah. The date of its composition has been argued as being as late as 516-400 B.C., but may in fact date from 587-562 B.C. It is very possible that at least three different prophets had their instructions and messages compiled under the heading of a single “Isaiah.” (McCullough) Some believe that Isaiah 56:1-8 were added after the composition of Isaiah 56:9-21. (DeHoop, Hammock)

The chapter and verses we are focused upon here deal directly with the subject of eunuchs:

4 For thus saith the LORD unto the eunuchs that keep my sabbaths, and choose the things that please me, and take hold of my covenant;

5 Even unto them will I give in mine house and within my walls a place and a name better than of sons and of daughters: I will give them an everlasting name, that shall not be cut off. (King James Version)

A critical difference exists between this text and Deuteronomy 23:1, where Deuteronomy goes out of its way to specify those “whose testicles are crushed or whose penis is cut off,” whereas Isaiah 56 employs the word “eunuchs.” (Gaiser) For some scholars, this is a critical distinction. (Wright & Chan) The word “eunuch” in Hebrew shows up in Isaiah 39:7, where we read that some of Hezekiah’s sons “shall be eunuchs in the palace of the king of Babylon.” In Chapter 39, the context is an attempt by the Babylonians to destroy the royal Jewish family line. Here some who follow the Old Testament will claim that since the eunuchs of Isaiah were created against their will, there is no parallel to transgender persons. But some scholars read the context of the whole of Isaiah differently, in that what it is meant to tell us is that Babylon cannot conquer the Jewish people. Not only can it not win politically, but it can’t win theologically, because the eunuchs who were once forbidden to enter the temple (Deuteronomy) now are welcome! Therefore, nothing can separate the people of God from God. (Gaiser)

As a bit of historical background, Hammock gives us this background on the eunuchs in question:

Eunuchs under Deuteronomy 23 are excluded from the community as being ritually impure, but in a way or which no path to atonement is possible (even lepers had a rite of purification to allow them into the community). (Hammock) It also furthered a class structure of who was “more pure” than the other, with eunuchs being ranked just above non-Judeans. (Hammock) Not being able to bear children would result in a person being excluded and considered not only impure, but disloyal to the community. In effect, the eunuch “threatens” the perpetuation of the Jewish people by removing themselves from the bloodline and denying themselves of children, who are a blessing from God. This line of reasoning fails to encompass eunuchs who become such later in life, after they have fathered one or more children. It also lumps infertile men and women in with the eunuch. Because a eunuch (presumably) has no children, their property has no direct heirs, and thus they would have been excluded from property ownership in some cases. (Hammock)

No differentiation between “voluntary” and “involuntary” eunuchs can be read from Isaiah, although lack of a differentiation in the text doesn’t mean there isn’t one in practice. (Gaiser) After all, others note that if Deuteronomy 23:1 and Isaiah 56:4-5 refer to the same peoples, then it represents a rare (possibly only) case where a law of custom is abrogated in the Old Testament. (Wright & Chan) In effect, Isaiah 56:1-8 wipes away the stain of impurity so long as one follows the Sabbath and takes hold of the covenant of Yahweh. (Hammock) Yahweh has reversed his earlier decision to recognize the needs of the Jewish community.

Some interpret Isaiah 56:4-5 as not actually welcoming eunuchs into the temple, but only keeping a place for them there – or a monument so their names are not lost due to the inability to have progeny. Similar to how Absalom creates a monument for himself in the Valley of the King (not the same as the Valley of the Kings), in 2 Samuel 18:18. This would be in line with how Near Eastern kings often rewarded faithful and loyal eunuchs. As destruction of one’s genealogical bloodline was very traumatic, therefore some argue that God is rewarding the eunuchs by remembering them for their service, but not necessarily letting them into the temple. (Wright & Chan)

However, others believe that is possibly reading too much into Isaiah 56:4-5, and that eunuchs appear to be welcomed now with “strangers” and the “exiled.” (DeHoop)

“In Acts 8:27 (q.v.) we read of the eunuch of Queen Candace who comes to faith and is baptised. Here the prophetic saying in Is. 56:3,4 finds its true and complete fulfillment. The eunuch is no longer shut out from the kingdom of God and the Christian community.” (Schneider, quoted in DeHoop)

The text Wisdom of Solomon tells us that “(s)imilar to the barren women, the eunuch will receive a share in the temple of great delight.” (DeHoop)

“Blessed also is the eunuch whose hands have done no lawless deed, and who has not devised wicked things against the Lord; for special favor will be shown him for his faithfulness, and a place of great delight in the temple of the Lord.” (Beuken, quoted in DeHoop)

Hammock, in his essay on Isaiah 56:1-8 describes the section as dealing with eunuchs as being part of an instruction received directly from Yahweh – thus, Isaiah 56:4-7 supersedes the earlier Deuteronomy 23 as a Torah decision. Thus, this passage is “a challenge to the codification of the books of Moses and the developing normative status of those works for the Judean community. (Hammock) He further asserts that via Isaiah 56 the convert is given acceptance into Judaism to, in part, balance out the lack of reproductivity of the eunuch (as well as being a means to bring more property and wealth into the community). (Hammock)

If Christians reckon transsexuals who undergo SRS to be akin to eunuchs in their religion, then Isaiah 56:4-5 appears to be a clear-cut acceptance of them into the fold, provided that they keep the faith. (Ishak)

Hammock, Clinton E. “Isaiah 56:1-8 and the Redefining of the Restoration Judean Community” Biblical Theology Bulletin: A Journal of Bible and Theology 30 (2000): 46-57.