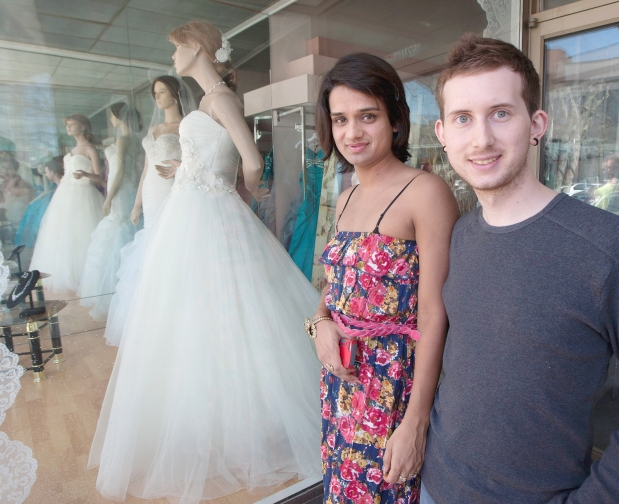 I reported on this before Transas City existed, and I’m glad to see that the bride-to-be has won a settlement that she’s happy with.

Singh Peace, a native of India who came to Saskatoon in January 2010 to pursue her master’s degree in biotechnology, said she went into the store with her then-fiancee, Colin Peace, on April 21. Singh Peace said she was not allowed to try on wedding dresses because she was a man.

The Saskatchewan Human Rights Commission said Wednesday that a mediated settlement between the two parties had been agreed upon.

The commission said the business owner “infringed Section 12 of The Saskatchewan Human Rights Code by denying a transgender woman service.”