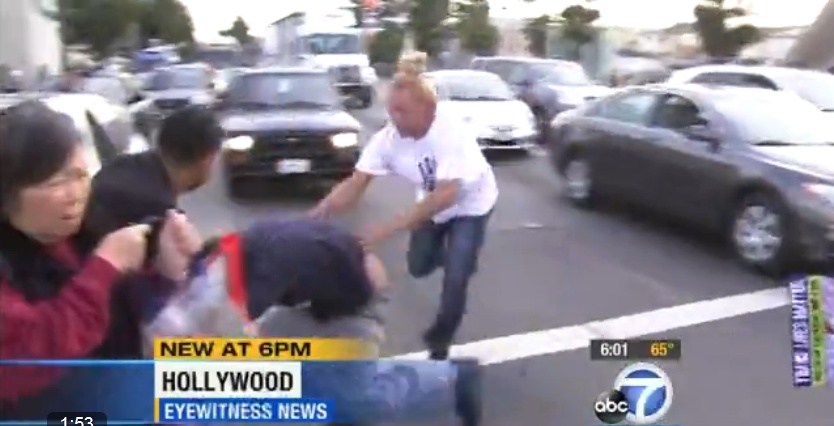 Or at least that’s how the news spun it. In reality, what happened was this: transgender rights protesters took control of a busy intersection in Hollywood, California, linking arms, chanting, and refusing to let traffic cross. Eventually someone not involved with the protest took umbrage, and came up to hit one of the transgender protesters. The assailant tried to flee, but was instead grabbed by a protester and someone watching, taken over off-balance and rather efficiently sideways-pile-drivered into a car.

I’d say “well done”, as they seemed to manage the assault pretty darned well, but overall we can’t be happy at violence on TDOR. It’s clear that blocking busy intersections is going to get a reaction, and unfortunately one must be ready for whatever reaction may come.