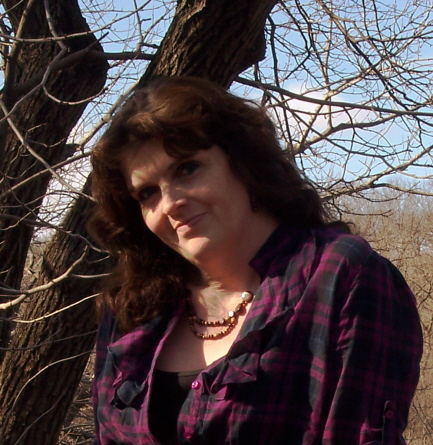 Meggan Sommerville is at the heart of a lawsuit you’ll want to follow.

With the recent court case involving Hobby Lobby and its desire not to cover certain kinds of birth control because of its owners Christian beliefs, you might think that Hobby Lobby also has issues with transgender employees.

You would be right. And, oddly enough, partially wrong.

Meggan Sommerville is a Chicago writer whose blog Transgirl at the Cross explores her personal Christian faith and her life as a transgender woman. She is also an employee of 16 years at Hobby Lobby, and went through her transition while working there. She was not fired, her personnel records were updated to indicate her gender as a female, and her health insurance covers her hormones.

All isn’t great in the land of hobbies, though. Many of her medical appointments are not covered. While most of Meggan’s co-workers are supportive of her, a few will not use the correct pronouns. And as for the Hobby Lobby store she works in, they won’t allow her to use the women’s restroom. Meggan has to wait until no customers are around and duck into the men’s room as quickly as possible to avoid anyone seeing her when she comes back out.

It seems that Hobby Lobby is only willing to support her as a female employee up to some invisible point that they have determined without giving any full explanation of what it is.

So Meggan has done what I hope all transgender employees would do when faced with half-hearted attempts at support: she filed a complaint to the Illinois Department of Human Rights. Her case was initially dismissed but is again pending before the Illinois Human Rights Commission.

Just as the issue of birth control, “Christian corporation” rights, and religious objections to non-discrimination policies are all again on the table because of last week’s Supreme Court ruling, Meggan’s case against Hobby Lobby could have far-reaching effects when it is resolved. Keep your eye on this one. It could mean the difference in how transmen and transwomen are treated during a transition at their workplace in the near future.