Dawn Pepita Langley Hall (later just Dawn Pepita Hall) was a biographer and writer who underwent sexual reassignment surgery in 1968, and later made some waves when she falsely claimed that she was pregnant after her marriage, possibly with twins. However, this turned out to be an elaborate ruse for Hall to “buy” an illegitimate baby of her husbands (who cheated on her frequently). Hall (now Simmons) eventually disappeared from the national news, but remained an outrageous figure in local news. A dog poisoning, thefts, foreclosure, alleged rape, dealing with a schizophrenic husband, and many other minor psychodramas peppered her life until her death in 2000. Her life was never a blue calm sea; it was always a storm. She wrote three autobiographies, of which I have her final one (and which I shall review when I finally dig down through the pile of other books to read it.)

This photograph is from November 22, 1968, and shows Dawn Pepita Hall at her dressing table in Charleston, North Carolina. 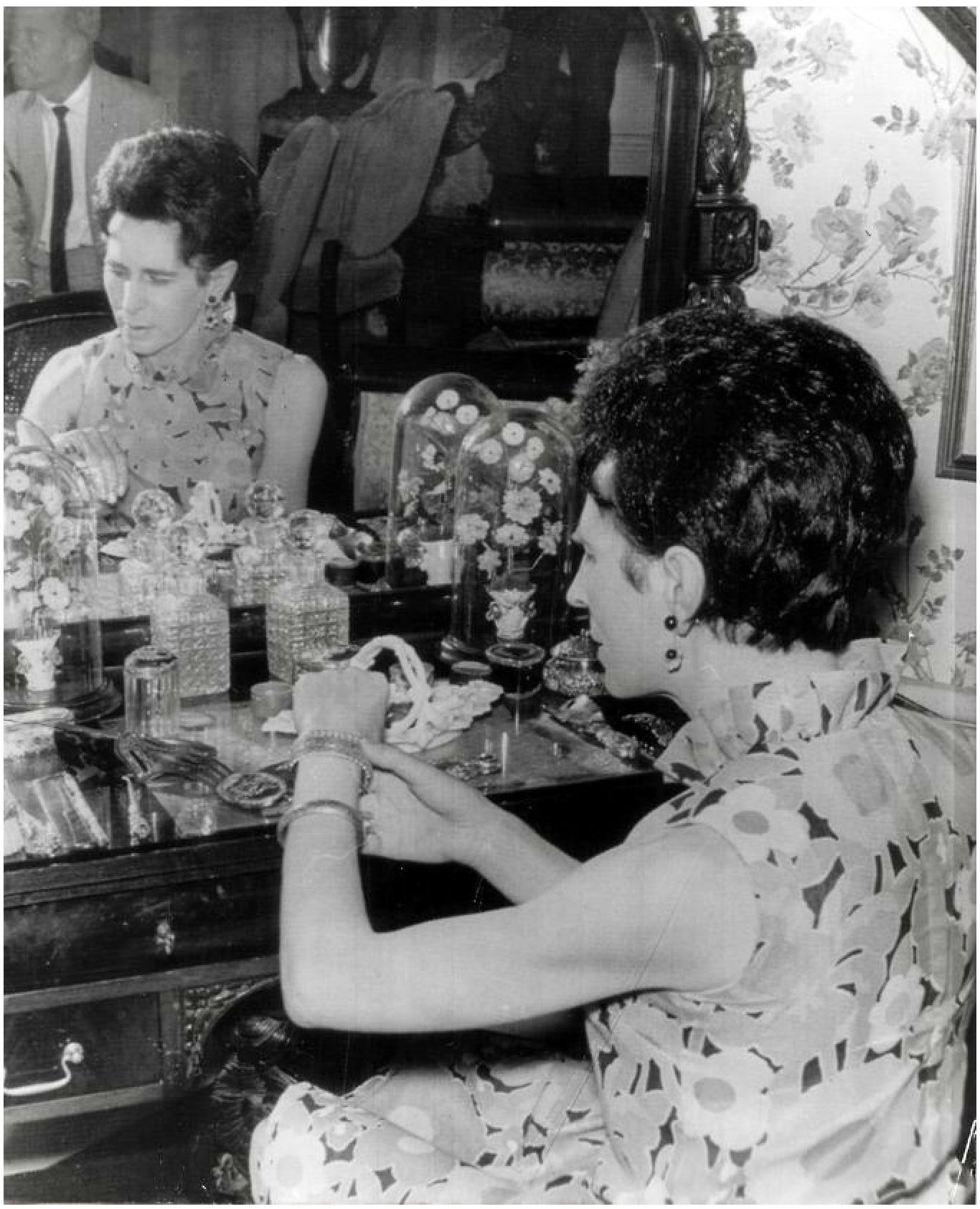 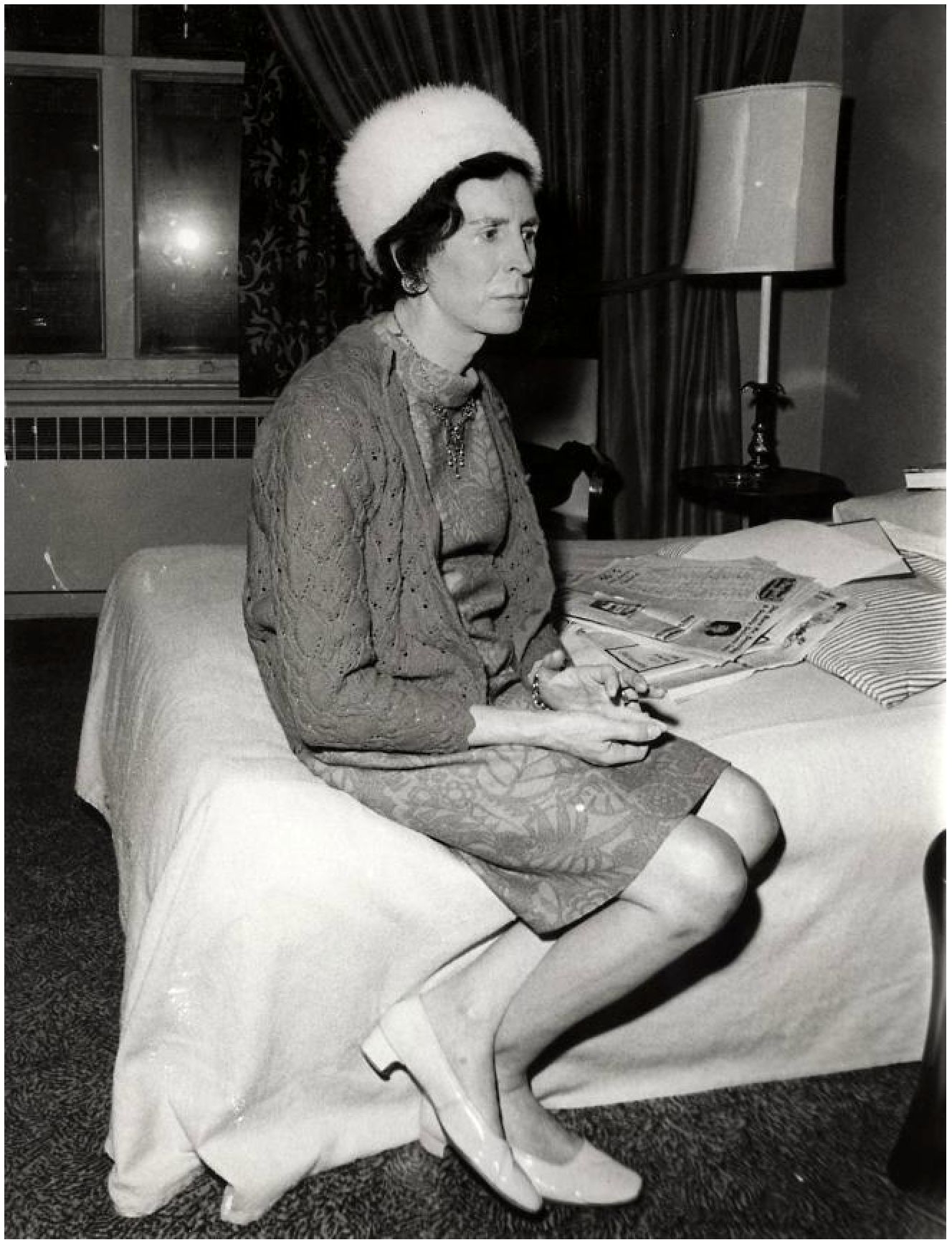 This photograph is from January 23, 1969, and from her wedding to her chauffeur and butler, John Paul Simmons. I purchased this original photograph for my transgender museum because I think of all the photographs of Dawn’s wedding day, she looks the best in this one. 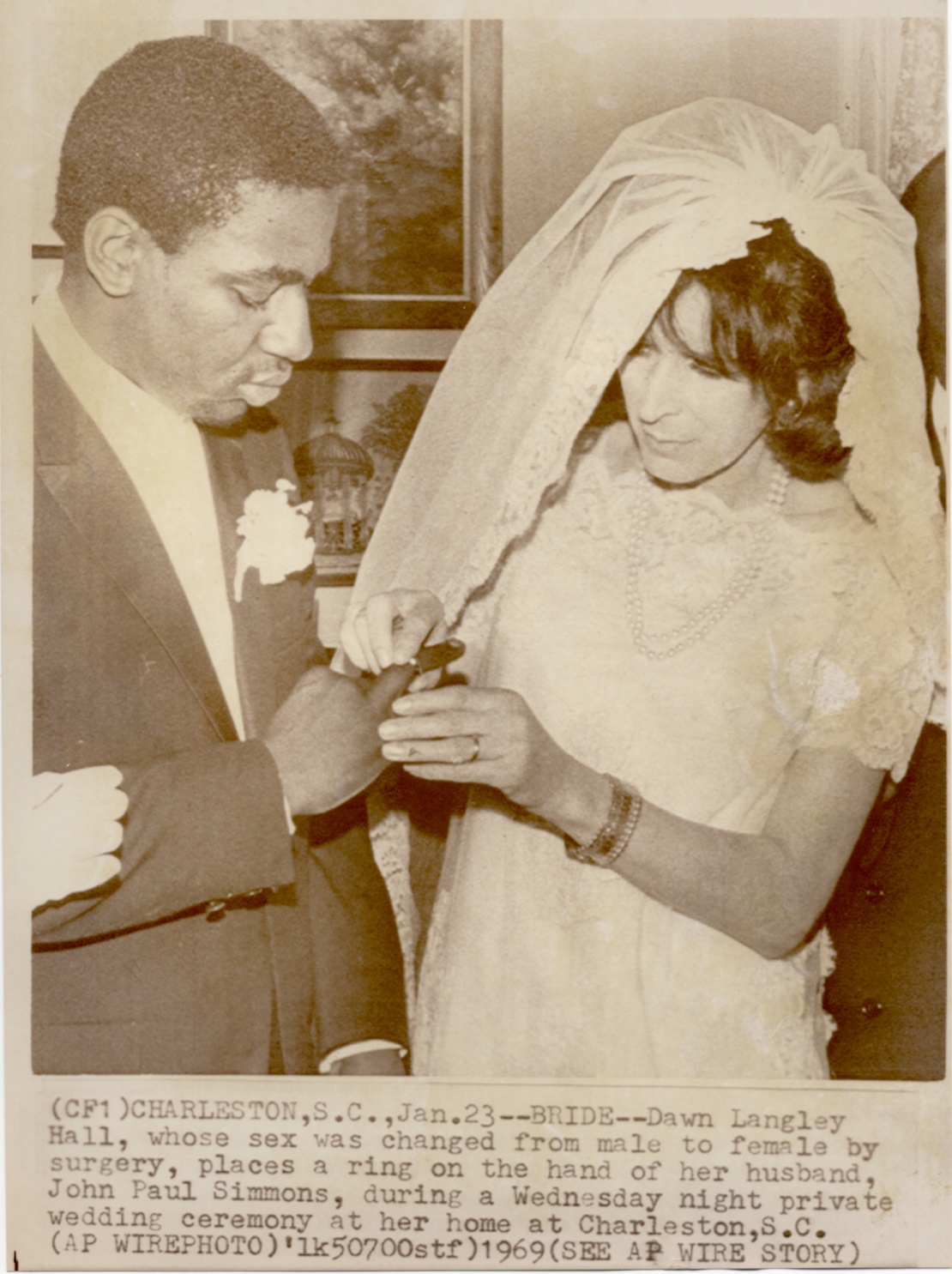 The bride and groom Ms Dawn Hall and Mr John Paul Simmons leaving the church in Hastings, England. This was their second wedding. 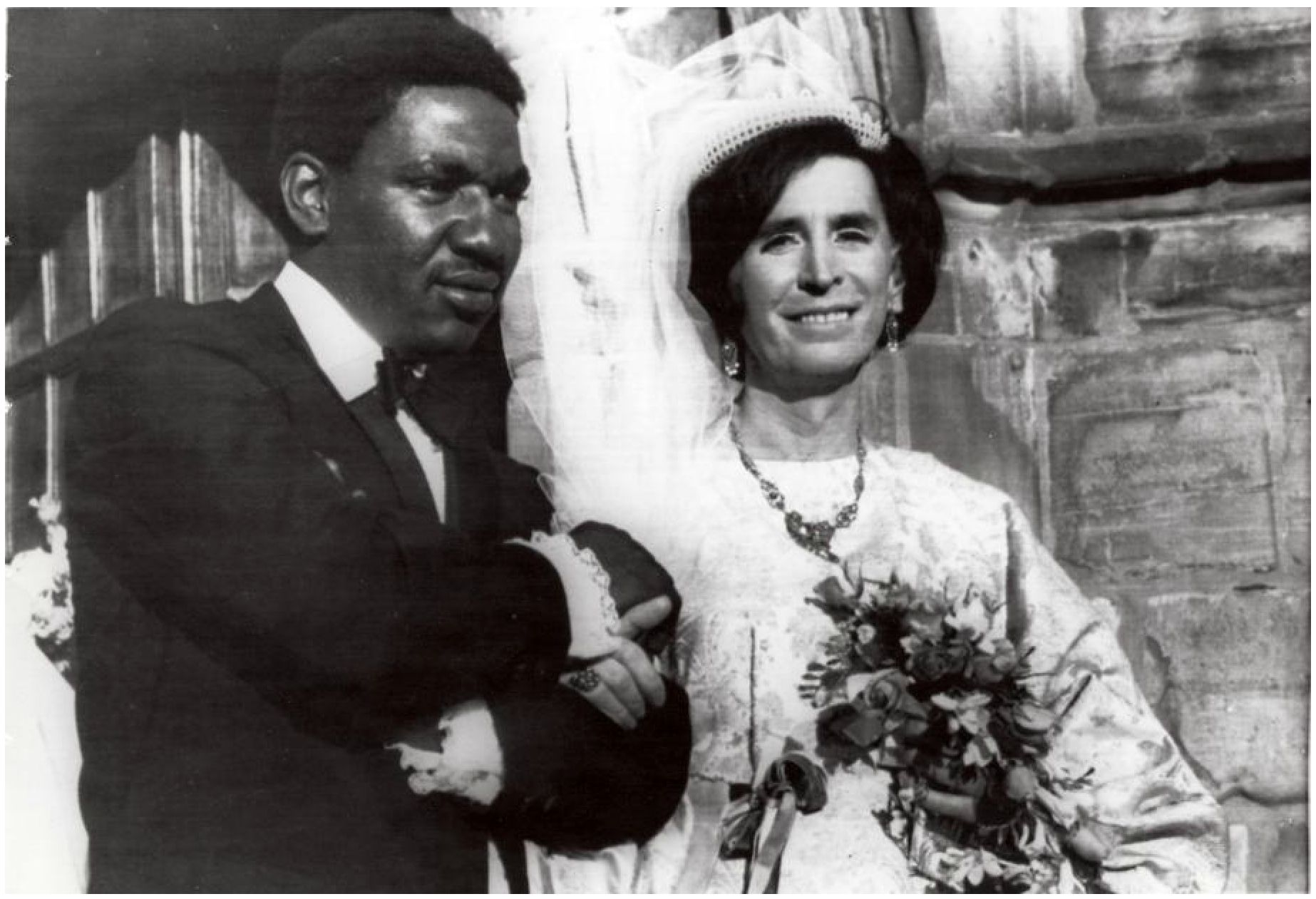