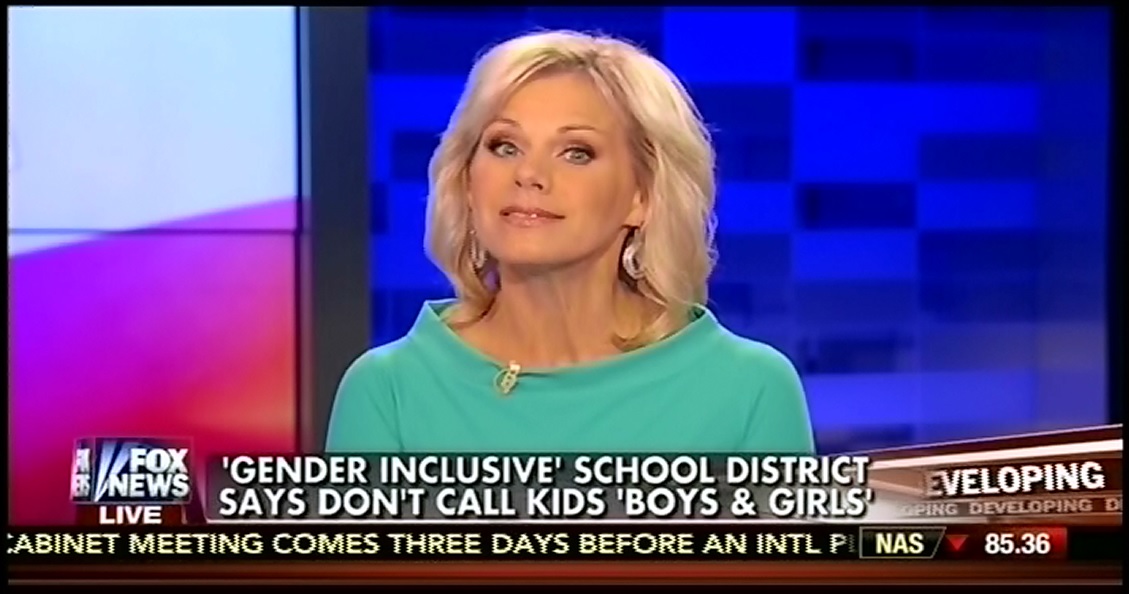 Dear readers, at times I ask myself questions which I confess I cannot answer. “Where did the singularity of the Big Bang arise from? Which is the one true religion? Why do I bother to pay attention to FOX News?” That being said, one cannot ignore FOX News. It sits like a blot on the landscape, the metaphorical “turd in the punchbowl of news.” And thus, here I am reporting upon it yet again.

Today’s FOX News complaint regards Gretchen Carlson lashing out and making allegations that teachers at the public schools of Lincoln, Nebraska, have become so crazed with the thought of kowtowing to the gender mafia that they are expected to no longer refer to students as boys and girls, but “purple penguins” and other strange monikers. Something which urban legend debunking site “Snopes” has soundly refuted. Moreover, the Lincoln School District themselves have come out to debunk the lies as well.

“Our teachers are allowed to use boys and girls in the classroom, and they do so in schools every day across the community,” he said in the message to parents. “We are telling our staff to be sensitive to the needs of all students, and those with gender identity issues are particularly vulnerable to bullying and suicide.”

During his press conference, Joel called it “regrettable” and “truly unfortunate” that the school district has had to waste so much time and energy answering questions and fielding calls about the training on gender inclusiveness used during summer teacher training at Irving Middle School, and possibly other LPS schools.

What else can I say? FOX News increasingly appears to be engaging in the Big Lie propaganda technique to browbeat the American public into fearing and hating us for even existing.