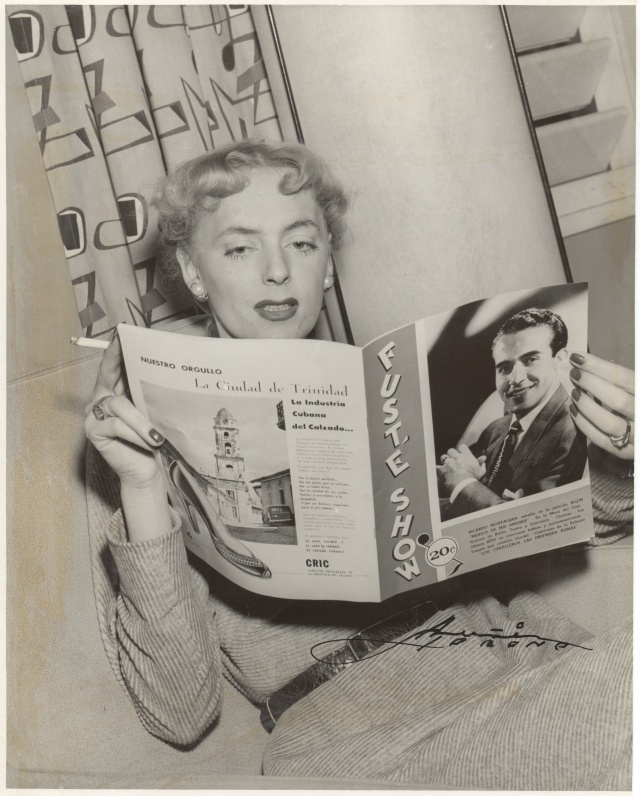 I’m posting one new photo a day this week, and each photo can be found on the Christine Jorgensen page here, and if you click on the photos here and on her page, you can download a very high-resolution version of the work.

The following photograph is labeled October 10, 1953, and has no caption. However, I can tell you that the photo depicts Christine on a trip to Havana, Cuba, and the reverse of the photograph has notations in Spanish and a development stamp of “Havana.” She is striking a casual pose and reading a Spanish film magazine. Sadly, I have no other context for the exact scene in this photograph.