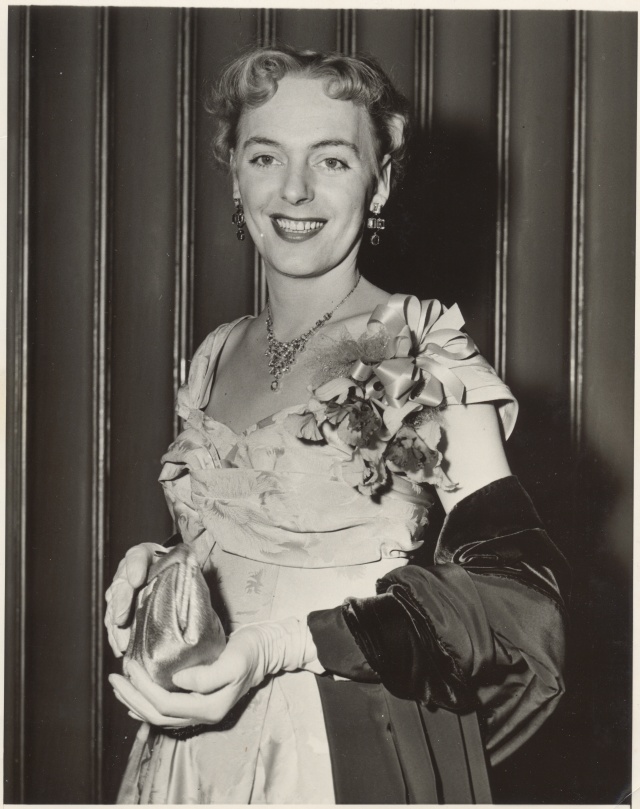 I’m going to post one new photo a day this week. Each photo can be found on the Christine Jorgensen page here, and if you click on the photos here and on her page, you can download a very high-resolution version of the work. As always, I never watermark, limit the resolution, or deliberately try to pervert the images, like many other transgender history sites.

Soon after Christine arrived back in America, she was given a very prestigious award by the Scandinavian Societies of Greater New York, where she was made “Woman of the Year.”

The following photograph is labeled March 7, 1953, and has a caption on the reverse which reads in part:

Christine named “Woman of the Year” New York……….. Golden-haired Christine Jorgensen, the former GI transformed into a beautiful woman by Copenhagen (Denmark) surgeons and physicians, is shown this evening as she received the Scandinavian Societies of Greater New York “Woman of the Year” award from the Society’s chairman, Harry Berglind, at the 20th annual concert and ball. Attired attractively in a white evening gown with all the trimmings, Christine made her first public appearance as a woman tonight.