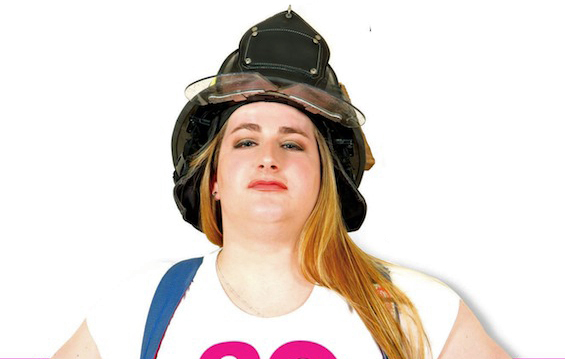 I love this article in the Village Voice about Brooke Guinan! Not only is she making it in one of the toughest and butchest professions there is, but she’s textbook “out and proud” as a transsexual woman!

But some of her fellow New Yorkers, the ones she’s saving the lives of, don’t exactly seem to give her 100 percent support.

“Every day is a process of getting on a subway and wondering how many people look at you, wondering if they know that you’re trans or not. Every day is a learning experience in gender roles, how you fit in your society, what gender roles you accept and what ones you see for the fabrications that they are.”

What is worse is seeing the comments some trolls leave behind on her poster, or the FDNY Facebook page and other articles. People saying things like “I’m a man wearing makeup” or “it’s gross.”

Her Department does give her support, although increasing gender diversity in the Fire Department of New York will be an uphill battle at best, especially since a mere 41 of its 10,200 firefighters are women. Wow.