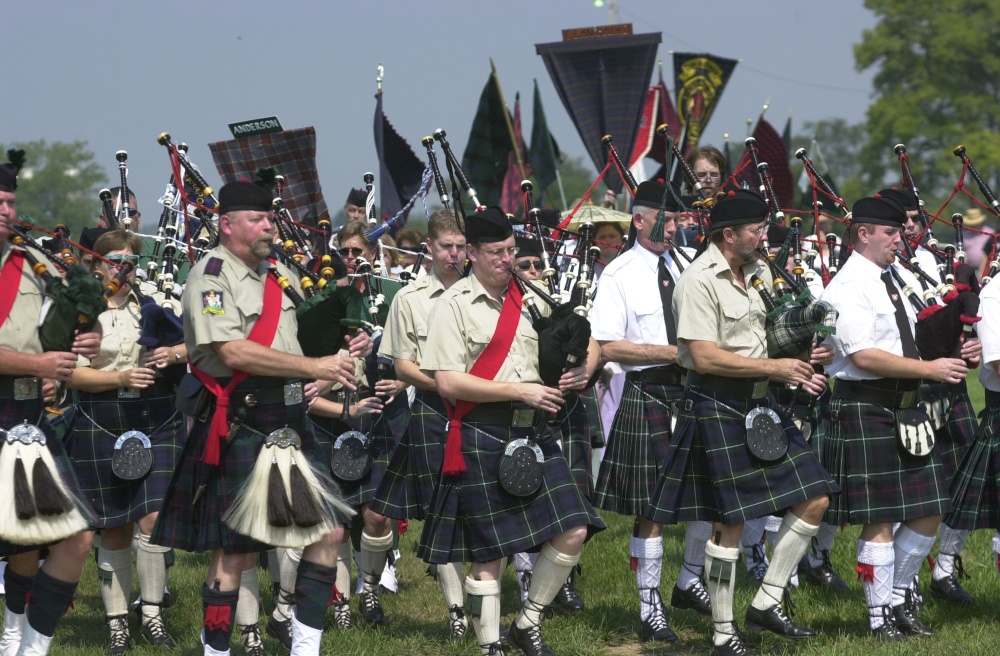 Yes, kilts are men’s clothing. But that’s part of the point – in the West, clothing norms are more influenced by culture than religion.

The book of Deuteronomy contains a broad array of laws regarding worship, business, family relations, housing, and even agriculture and wildlife. In some cases there appears to be no apparent order to the laws, and in other cases (such as Deuteronomy 19-25) they seem to be grouped logically. The specific law of greatest interest to transgender persons is contained in 22:5, which is placed between laws regarding animal husbandry (Deuteronomy 22:1-4) and laws regarding how to treat birds and eggs (Deuteronomy 22:6-7). Deuteronomy 22:5 is stated thus in the King James Version of the Bible.

“The woman shall not wear that which pertaineth unto a man, neither shall a man put on a woman’s garment: for all that do so are abomination to the Lord thy God.” (King James Version)

Searching through numerous other translations and versions of the verse have very similar language.

“A woman shall not wear man’s clothing, nor shall a man put on a woman’s clothing; for whoever does these things is an abomination to the Lord your God.” (New American Standard Bible)

“The woman shall not wear that which pertaineth unto the man, neither shalt a man put on woman’s raiment: for all that do so, are abomination unto the Lord thy God.” (1599 Geneva Bible)

“The isha shall not wear that which pertaineth unto a gever (man) neither shall a gever put on simlat isha (garment of a woman); for all that do so are to’avat unto Hashem Eloheicha.” (Orthodox Jewish Bible)

“A woman must not wear men’s clothing, and men must not put on women’s garments. The Eternal your God is horrified when anyone does this.” (The Voice)

The real question is, does a preponderance of similar translations indicate that they are all based on the same correct source? Or are they based on a source which has actually been misinterpreted?

Some religious scholars believe that the portion of the original text which translates as “that which pertaineth unto a man” (King James Version) is open to some interpretation. Some claim that it refers to personal property of a man, which could include baggage, jewelry, ornamentation, weapons, or armor. (Harland) However, in terms of what men cannot wear, the original text means more correctly a “garment” – thus stating that men cannot wear women’s garments. (Harland)

However, it is true that transvestitism in ancient times was sometimes associated with cultist rituals (that is, rituals used by worshipers of other gods and goddesses), and Deuteronomy warns in several places about falling prey to idolatry and foreign gods and their rites. (Harland) This has led some to believe that Deuteronomy 22:5 is really intended to set Israel apart from the other nations around her by refusing to partake of any of their rituals of worship. (Harland, Vedeler) However, the fact that Deuteronomy 22 doesn’t contain any explicit warnings against foreign religious practices could imply that Deuteronomy 22:5 was not addressing such.

Other scholars believe the purpose of Deuteronomy 22:5 was “to prevent men from dressing as women in the army for homosexual purposes and women from secretly entering the military, perhaps to engage in sexual activity with men.” (Harland) The counterpoint to this is that Deuteronomy 22:5 would be more explicit if this is what it was intended to prohibit, and there is little evidence that this was a widespread enough problem that required a law to be made about it. (Harland)

Another conclusion which could be drawn is that Deuteronomy 22:5 is just another prohibition against mixing of things which do not belong together, similar to Deuteronomy 22:9-11:

10 Thou shalt not plow with an ox and an ass together.

11 Thou shalt not wear a garment of divers sorts, as of woollen and linen together. (King James Version)

Furthermore, at least one scholar believes that given the “plain text” of the law, as well as the fact that “there are no stories in the Old Testament of people cross dressing. To dress after the manner of the opposite sex was to infringe the natural order of creation which divided humanity into male and female,” that therefore one can only read the law as a prohibition of crossdressing. Of course a very large number of things are not written about in the Old Testament, and this by no means indicates that they didn’t exist or weren’t commonly practiced.

Harold Torger Vedeler performed a detailed examination of Deuteronomy 22:5, and came to the following conclusions:

Our own difficulty in understanding the meaning of Deut 22:5 is likewise partly cultural, since we lack the understanding of the symbols of gender in the ancient Near East that a native would have had. The Israelite conception of transvestitism was not the same as transvestitism in modern Western culture; it was based on a cultic tradition absent today… The Israelites did restrict opportunistic female transvestitism, at least in matters of war, much like the societies of the pre-modern west.

Our difficulty with interpretation and translation is also partly linguistic: the Hebrew source language has different words for different qualities of men, while English tends to group them together under the general term “man,” using adjectives to be more specific… Our translation, therefore, should read something like this:

“. . . whilst some Christians see reference in Deuteronomy 22:5 to a clear divine condemnation of transexuality, most commentators suggest that this passage of scripture contains minimal relevance to the debate at all, or indeed to twentieth century society. It is likely that, in keeping with God’s covenantal concern to preserve the holiness of his character reflected in the covenant community of Israel . . . the cross-dressing prohibition was introduced to prevent involvement on the part of Israelites in contemporary Canaanite religious rituals of the day, which involved swapping sex roles and crossdressing.” (Childs)

Here is where Christians can very easily find themselves in, as Ned Flanders would phrase it, a real dilly of a pickle. If a Christian accepts that Deuteronomy 22:5 is a religious law of the utmost importance, what then of the case of the vast majority of women who wear trousers, shirts, and other male accessories with impunity? How does a Christian woman find the gall to tell a transgender person they are going to hell for their dress, while she stands there in her blue jeans and a flannel shirt she borrowed from her husband? How does a Christian man condemn a transgender person while dressed in a manner which would have been highly inappropriate for use at the time which Deuteronomy was written?

Furthermore, are we to assume that laws like this have no extenuating circumstances? For example, if a man wears a woman’s coat to survive a blizzard, has he now sinned against God? Since transgender persons need to dress the clothes befitting their gender identity in order to survive within society and in order to help their mental status, is their need for dressing in line with their mental gender really so much different than the aforementioned blizzard scenario? Now consider the contention that God made transgender persons exactly as they are, with a purpose in mind – in that case, wouldn’t not dressing in the clothes appropriate to your mental gender be the real sin?

Setting Deuteronomy 22:5 aside, what about the numerous other laws in Deuteronomy and Leviticus which “good Christians” refuse to follow, or don’t even know about? Such as:

“When thou buildest a new house, then thou shalt make a battlement for thy roof, that thou bring not blood upon thine house, if any man fall from thence.” (Deuteronomy 22:8, King James Version)

“Thou shalt make thee fringes upon the four quarters of thy vesture, wherewith thou coverest thyself.” (Deuteronomy 22:12, King James Version)

“Ye shall keep my statutes. Thou shalt not let thy cattle gender with a diverse kind: thou shalt not sow thy field with mingled seed: neither shall a garment mingled of linen and woollen come upon thee.” (Leviticus 19:19, King James Version)

“And if a man shall lie with a woman having her sickness, and shall uncover her nakedness; he hath discovered her fountain, and she hath uncovered the fountain of her blood: and both of them shall be cut off from among their people.” (Leviticus 20:18, King James Version)

Has anyone reading this ever shaved, cut their hair, worn clothing with two different fabrics, or cursed at their parents? Pretty much everyone, right? It seems clear that a careful reading of Deuteronomy or Leviticus would find the average American is guilty of far worse sins than simple dressing as a woman. And yet we don’t see ministers pounding the podium condemning every woman in their congregation who wears trousers and every man who shaves his beard?

And what of the Scottish kilt, highlighted in the first image on this page? Clothing norms are more influenced by culture than religion in the West, and many articles of clothing worn as national custom would be considered feminine by other nations. And yet, I have never in my life heard a sermon against the evils of highland games.

Vedeler, Harold Torger “Reconstructing Meaning in Deuteronomy 22:5: Gender, Society, and Transvestitism in Israel and the Ancient near East” Journal of Biblical Literature 127.33 (Fall, 2008): 459-476.